Several new payment apps want to streamline the way you pay for things. "Buy Now, Pay Later" comes as the latest trend to make headlines. It allows consumers to buy items in-store and then settle the payments via installments through a third party. 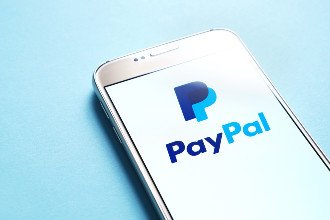 PayPal stock presents a no-brainer when it comes to any digital payment system, for a number of reasons. That makes it the best buy-now-pay-later stock to own today.

Here's why you should buy PayPal stock now and not later...

For starters, buy-now-pay-later stocks are all going through the roof.

These stocks will continue to get popular with time. But their time is limited compared to PayPal.

A primary reason for this is that PayPal is one of the few profitable companies in this space. Affirm and AfterPay have yet to reach profitability. It doesn't necessarily have to do with the quality of their products. In fact, Wall Street loves them - they have key partnerships with several retailers including Target Corp. (NYSE: TGT) and Walmart Inc. (NYSE: WMT).

It's just that PayPal has been around longer. It will take a while for the fundamentals to catch up with these other stocks.

With 23 years on the market and a base of 300 million users, PayPal is ahead of the curve. More importantly, it's not resting on its laurels.

The company paid off for shareholders in 2020. When the pandemic stopped most business in its tracks, digital payments kept rolling, and PayPal was there to meet the demand.

You see, when pandemic fears started to subside, however, a PayPal sell-off occurred. The market thought digital payments had reached their peak.

As usual, Mr. Market got a little ahead of himself. But that's good news for you.

Here's why PayPal has plenty further to go.

What PayPal Is Doing Right

PayPal has one of the largest user communities out of all its competitors. Its last quarterly report showed 361 million active accounts and 28 million merchant accounts.

These customer numbers are not only due to the fact that the company has been around a while. PayPal continues to grow and sustain its base with quality innovation.

The latest new products include installment bill payments and cryptocurrency trading. Now, the 300 million users don't have to leave the app to buy Bitcoin.

Sure, it makes sense that a payments company would adopt cryptocurrency eventually. But when you understand where this company stood with crypto before, it's a huge signal.

PayPal initially avoided crypto like the plague, freezing accounts that had anything to do with it. Now, it spots the value and could threaten other crypto players like Square Inc. (NYSE: SQ) and Coinbase Global Inc. (NASDAQ: COIN).

The addition of crypto trading could also settle a battle between PayPal and Square. Square initially had the crypto edge. Now, we're headed to a place where there are fewer and fewer differentiators. Square also only has 30 million users.

Another huge advantage for PayPal is that it owns Venmo. Venmo has been widely adopted by younger generations and will continue to see rapid evolutions to keep people on the platform.

For example, a Venmo credit card is on the way. The credit card will add to the touchless payment experience with a personalized QR code or contactless chip.

Ultimately, PayPal has a long way to go, because digital payments have a long way to go. But continuous innovation is what separates winners and losers in this market. Resources to innovate at a faster pace will blow away the competition.

That is why we recommend PayPal as the best buy-now-pay-later stock today.

PayPal started as the default payments platform of eBay Inc. (NASDAQ: EBAY). Since then, it has evolved into something new entirely. The latest earnings report reflects this.

This should not come as a surprise when you take a look at the rapid pace of PayPal growth and adoption. Fifty-four percent of consumers are more likely to buy if the vendor takes PayPal.

Soon, we could see similar numbers emerge for crypto trading.

We saw hiccups this year, but those will pass. The stock has already made some short-term moves that help make the bullish case for the stock.

Money Morning's Michael Robinson expects the stock to hit $500 soon. That's near 100% profit potential, which is plenty realistic with the new features as well as deepening partnerships with Google Cloud and more.

Of course, most of this PayPal growth is long term. If you're looking to profit sooner, look no further than this stock...