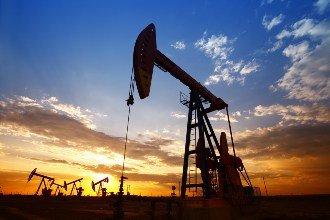 Today, we have a penny stock that has the potential to triple your investment over the next year. ION Geophysical Corp. (NYSE: IO) is a low-cost, well-regarded oil analytics company that could see gains of 200% - if not more.

This Houston-based data tech company focuses on the early stages of gas and oil production. The company searches the land for raw materials and then extracts it, all while using sensors to map out 3D data. Its platform also allows clients to optimize the logistics and carbon emissions efficiency.

And while this company is involved in the oil industry, there's a major catch that sets it apart from other traditional oil companies.

A Penny Stock with Little Overhead

Since IO is primarily a data tech company, it doesn't have those high-cost assets - think mining rigs, pipelines, platforms - that typical oil companies have. This helped the company remain profitable despite the pandemic.

Though its revenue dropped from $56.4 million in the first quarter of 2020 down to $14 million in 2021, it didn't go bankrupt like many other oil and gas companies did. And since IO was able to hold out, it's now begun to reap the benefits of the oil industry's recent rise in prices.

Oil prices are the highest they've been since 2014. It's not just a recovery from the pandemic lows when oil prices dropped to as low as $17 a barrel; it's a global energy squeeze that's pushing prices higher.

Right now, the cost of West Texas Intermediate crude is up 70% this year. Oil is priced at more than $80 per barrel, hitting seven-year highs. Damien Courvalin, an analyst at Goldman Sachs, thinks that the average of oil could reach $85 per barrel.

And there's a good chance those prices will stick around for a few years. In his interview with CNBC's "Street Signs Asia," Courvalin claims that this is not just a shock for oil, but a repricing of it.

If that turns out to be true, it makes IO an even more enticing opportunity, as the company can ride that wave higher. The company is already seeing the results of this increase.

Thanks to its "3D strategy," the company managed to increase its third quarter revenue by 40% to $19.71 million. IO has been able to increase its market share by roughly 50% by focusing on 3D data sales. 3D data is information gathered in the real world and then used to construct 3-dimensional visuals and graphs to better map out areas where data is being collected or oil extracted.

And that's just the tip of the iceberg...

Why IO Stock Is Our Best Penny Stock Today

ION Geophysical Corp. is a penny stock worth buying.

The company reported preliminary results for the third quarter of 2021, and the outlook is strong. IO expects revenue to reach anywhere between $44 million and $45 million. That is an increase of roughly 125%, quarter over quarter, and a 175% increase from the third quarter of 2020. And those higher oil prices help IO become more profitable since they are involved in the oil industry.

In turn, the stock's share price will continue to increase.

With improving EBITDA - a good indicator of a company's financial wellness - and revenue, IO is slowly making a recovery as we move out of the pandemic and back toward some kind of normalcy. As the travel industry reboots and oil demand continues to increase, that will only drive the stock higher as its demand increases.

Currently, shares of IO stock are trading around $2.06 per share. Considering the growth that the company estimated, along with the growth actually seen so far, there's no doubt this stock will offer impressive returns.

But you have to act fast. IO stock is already trending higher after a pop Monday morning.