The first Bitcoin ETF finally launched, but you'd be better off directly buying the cryptocurrency if you plan on holding it for the long run. 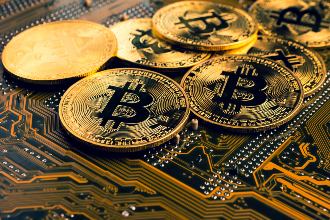 When the ProShares Bitcoin Strategy ETF (NYSE: BITO) launched on Oct. 19, 2021, the ETF quickly became one of the biggest first-day trading debuts to date. More than $1 billion worth of shares swapped hands, according to Morningstar. Bitcoin jumped to an all-time high of $66,900 by that following Wednesday.

So, is it worth investing into BITO if you've been itching to get into the cryptocurrency game?

BITO ETF: It's Cheaper to Invest Directly in Bitcoin

If you're someone who is a fan of buy-and-hold investing, then BITO is not for you. The ETF comes with an annual expense ratio of 0.95%, which is relatively high compared to other ETFs. The average in 2020 was 0.41%.

By investing $10,000 into the BITO ETF, fund managers would receive $95 from that. That might not seem too significant, but that small amount adds up over time. In fact, it's more costly to own this ETF than to buy Bitcoin directly and pay the one-time transaction fee that most trading platforms have.

Of course, the expense ratio can be seen to some as a security tax since ETFs and mutual funds that are professionally run tend to be better protected from hackers. There's also the fact that investors won't have to worry about losing their passwords like Stefan Thomas, the crypto investor who lost $265 million dollars.

The other upside is that BITO makes Bitcoin that much more accessible, since it's available through brokerages. For retail investors, that convenience is enough.

BITO trades futures contracts on Bitcoin, which means the movement of BITO will differ from the spot price changes in Bitcoin. Investing directly in Bitcoin through Coinbase Global Inc. (NASDAQ: COIN) is better since with futures there will be times when the ETF price doesn't accurately track the actual price of Bitcoin.

Instead, the ETF buys futures contracts - an agreement to buy or sell at a later time based on a previously determined price. That means you won't see the same benefits of a huge spike in Bitcoin prices with BITO compared to if you invested directly in the cryptocurrency.

The SEC was reluctant to approve an ETF that directly tracked Bitcoin prices. They worried that there could be potential fraud or manipulation in the market since it's a digital-only asset. Tactics like "spoofing" are used to artificially influence the price of cryptos by creating fake orders.

Another issue is that the crypto market is open 24 hours, seven days a week. But the stock market is only open for trading until 4 p.m., Monday through Friday. This poses yet another issue with having an ETF that directly tracks Bitcoin - or any other cryptos for that matter.

When SEC Chair Gary Gensler proposed the idea that the agency would be more willing to approve a futures-backed Bitcoin ETF, BITO got the green light. The agreement puts the Commodity Futures Trading Commission in direct oversight of U.S. Bitcoin futures, a move that prevents any potential manipulation.

While a futures-based Bitcoin ETF isn't ideal, it is still a good thing. It goes to show that regulators are beginning to accept Bitcoin as a legitimate currency, which is good for all cryptos. It also opened the door for other crypto-based ETFs.

Though it's still not likely that the SEC will approve direct investment ETFs for Bitcoin anytime soon.

Pass on the BITO ETF

While ETFs are generally low-risk investments, this certainly isn't the case with BITO. So, do yourself a favor and try investing in Bitcoin - or another, cheaper crypto - to test the waters.

If you're unsure where to start when it comes to investing in Bitcoin or other cryptos, we've got you covered.

Buying Bitcoin isn't nearly as complicated as you might expect. It's as easy as buying stocks.

We've even put together an easy-to-read guide to streamline the process.

In it, we cover topics like what to know before investing and which exchanges to purchase from. Click here to read more about how to buy Bitcoin.

However, even CNBC has recommended that investors proceed with caution "3 questions to ask yourself before you invest."

And our in-house crypto leader has some questions of his own for you to consider. Question No. 1: Has Bitcoin quintupled in price this year? The answer is no.

But this smaller coin has.