Shiba Inu (SHIB) took the cryptocurrency market by storm when it skyrocketed a staggering 60,000,000% over the past year. 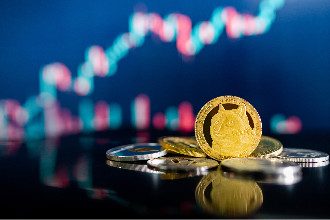 The historic gains commanded the attention of anyone investing in cryptos. That dreaded feeling of missing out cast over investors reading stories about how a $10 investment a year ago would have grown into millions.

Sure, these numbers are real, and the gains are too.

The stories like the supermarket warehouse manager who became a millionaire after investing in Shiba can be feel-good stories, with a sting of "that could have been me" and an aftertaste of motivation to find that millionaire-making crypto.

Can it still be you?

Our Shiba Inu price prediction 2025 shows you what's in store for one of the most surprising crypto stories this year.

Why SHIB Is the Dogecoin Killer

It only took Shiba Inu 14 months to hit a market value of $12 billion, a milestone that took Dogecoin six times as long.

This kind of momentum was driven by a combination of social media posts, meme coin likeness, and an affordable price tag that had ten zeroes in it ($0.00000000004763).

After amateur investors missed out on Dogecoin's explosion, and seeing where Bitcoin has gone in the last 11 years, it was easy to get caught up in the possibility of riding a similar train to wealth.

But what is behind Shiba Inu? What's its purpose?

Shiba is an Ethereum-based cryptocurrency that features the Japanese Shiba Inu dog as its token logo.

While it's considered by many to be an alternative to Dogecoin, it was created to be the "Dogecoin killer," launched in 2020 by an anonymous individual or group called Ryoshi.

Meme coins are generally started as an inside joke. They typically aren't designed to solve a real-world problem.

Even its 28-page whitepaper explains how it was "designed to be an experiment in decentralized spontaneous community building."

Based on the driving factors of Shiba, it's almost hard to think of it as real money.

In November, it overtook Dogecoin after generating 500% gains, linked to its addition to the Coinbase exchange and growing popularity.

That was aided by Elon Musk and his puppy.

When Musk tweeted a picture of his Shiba Inu puppy, the coin skyrocketed another 55%. To be clear, Musk didn't even tweet about the token itself, simply a photo of his puppy.

He's since admitted he doesn't even own Shiba coin.

These are the kinds of driving factors behind the SHIB's gains.

That should remind potential investors that Shiba Inu is very speculative.

It's important to understand the principles of any investment you're willing to make. Just because a stock or crypto has exploded seemingly overnight doesn't mean it's a good buy.

In fact, in many cases, that surge is a red flag.

In Shiba's case, this explosion in price and value can be almost directly linked to retail investors loading up on the coin hoping for a short-term cash out.

Its price is increasing because of that community of followers who aren't concerned by the coins' lack of real work function. If those followers decide to sell their tokens and move on, it will likely lose all of its value.

However, that doesn't mean you can't make money here.

The Shiba Inu coin is not a great investment. But it can be a great trade. That's an important distinction.

And there's reason to think SHIB can continue to reward traders.

SHIB is trying to get away from that meme coin sentiment. It leaned into the NFT boom and encouraged artists to create and sell work around the Shiba Inu. Its goal is to help in Shiba Inu rescue efforts.

It's trying to separate itself from the meme label it was born into, and while its donation efforts are commendable, it's hard to say if that's enough to give it a legitimate purpose.

That's encouraging for SHIB owners. But as far as we're concerned, this coin is far too volatile to make an accurate price prediction for. Instead, traders should look for potential catalysts for quick upside gains and be ready to take profits when they hit.

And if you're looking for better cryptos to invest in, we've got you covered there too.