If you've been watching the stock market long enough, then you know that sometimes investors don't act rationally. Decisions are made without knowing the facts, sometimes just based on what other people are doing. 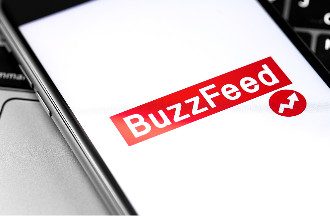 While this is frustrating, it also provides opportunity. That's the case right now with BuzzFeed stock.

Although BuzzFeed stock had a rough first week on Wall Street, we have reason to believe it will rally.

BuzzFeed on the SPAC Schedule

Companies that go public via SPAC merger have a history of an early dip. We've seen it again and again.

Most times, that initial dip can be attributed to investors making a hasty decision based on nothing but an assumption. An assumption based not on fact and foresight, but the idea that if it dips early, it's not a good investment.

They cut their losses and write off what they thought or read was a good investment because other people are doing the same.

BuzzFeed seems to be a victim of that herd mentality.

But the reality is it's one of the best stocks to buy today.

Despite BZFD falling 39% in its first week of trading, there's no reason to write it off yet. In fact, it's a trend that's held true with SPACs in the early days of their public trading.

In a 2020 study by Stanford and NYU, it was found that although SPACs issue shares for roughly $10 and value their shares at $10, by the time of the merger, the SPAC holds cash at a median of $6.67 per share.

Even SPACs with high-quality sponsors see post-merger share prices drop on average by a third or more.

So no need to panic, it happens - and we'll tell you why BuzzFeed stock will rally.

For starters, the company expects to see an increase in revenue.

It's hard to gauge BuzzFeed's success because there isn't a clear comparison with another company that's gone public. In fact, other digital media companies are watching and hoping for its success with the hope they can follow in its wake.

BuzzFeed has grown as it's pioneered new ways of attracting readers. Its website offers lists, quizzes, covering everything from entertainment to sports to world news - it even has shopping and recipe recommendations.

Its news division even won its first Pulitzer Prize this year.

Jonah Peretti, co-founder and CEO of BuzzFeed and Huffington Post, expects the SPAC transition to help the company's growth be more than just monetary.

In an interview with CNBC's "Squawk Box," he said, "The SPAC transition allowed the company to go public and do the acquisition at the same time." He also mentioned how the merger would allow the company to acquire other digital media outlets.

Acquiring other digital media outlets has been a part of Peretti's gameplay from day one. The more the company owns will only help as it grows into a larger multimedia outlet too.

Shah Gilani, Chief Investment Strategist for Money Morning, has had his eye on this SPAC for a while now. Once it finally went public, he not only expected the price to drop initially, but he was hoping it would. In fact, Shah said, "Where they [investors] see red flags, I see a chance for profit."

For Shah, it's not just what the company has done with its website appeal and reporting, it's how it's grown its net worth and made the company more valuable.

And it continues to grow and acquire more assets.

In 2020, BuzzFeed acquired HuffPost, which Peretti left in 2011, and Tasty, a website offering recipes and cooking tips.

The digital media company now sees 97 million monthly unique visitors over the age of 18. The brand's websites also reach a large percentage of Gen Z and Millennial consumers. It targets a younger demographic, and that will bode well for BuzzFeed stock in the future.

Peretti knows he has to scale up in order to compete and sustain. He told CNBC, "With more scale, you have the ability to invest in commerce, invest in advertising, invest in technology, and really build a modern platform for media."

So, where does this leave BuzzFeed?

It's simply way too early to write off this stock. As Shah says, "There really is no such thing as a 'rational actor.'"

While investors are spooked and selling, it drives down the price to a bargain. That creates an opportunity for you.

The facts remain that the digital media company is profitable, it's growing, it's acquiring other companies and expanding its reach, and it's positioning itself for the future of digital media.

Yesterday, BuzzFeed stock closed out at $6.21.