It's been a brutal year for crypto so far, with Bitcoin losing over half its value in 2022 alone. But this week, crypto investors are getting a peek at a light at the end of the tunnel, with Bitcoin trading nearly 15% higher over the last week and Ethereum trading up 40% so far. In turn, crypto stocks are rising, with popular crypto exchange Coinbase up around 12% yesterday.

For some companies, these recent gains are just the beginning of a nice ride upwards - but for others, they're merely a deceptive bounce before an inevitable plummet. And for one stock in particular, it's opened a second chance to get in on an already dirt-cheap trade at an even better price...

The Trouble with Crypto Miners 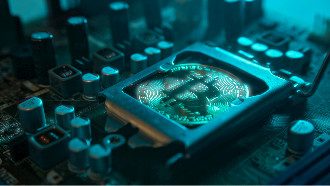 While most crypto stocks have suffered recently, mining stocks in particular have had a rough year. Even after the recent bump, mining stocks are still deep in the red, with popular miners Marathon and Riot both down by around 70% from recent highs as the value of coins has dropped and power costs have increased.

Compounding the issue, many crypto miners are based in Texas, where power is cheaper due to looser regulations. But that cheap(er) energy is a double-edged sword: Because Texas's power grid operates independently from the rest of the country to avoid top-down federal regulations, the state can't rely on outside energy when its own grid is strained.

If you know anyone living in the Lone Star State, you might remember the storm-caused blackouts in the winter of 2021 that cut off power to millions, causing hundreds of deaths. Now Texas is at risk of blackouts again, this time because of the ongoing heat wave stressing the power grid.

The Electric Reliability Council of Texas (ERCOT) has asked businesses and citizens to voluntarily conserve power in an attempt to avoid potential blackouts. Many Texas-based miners have either curtailed or stopped operations in response, both to help prevent blackouts and because spot prices for electricity skyrocket when power is in short supply. With energy prices so high, it can cost more to mine a coin than the coin itself is worth.

So, these companies are experiencing a bounce from the price of Bitcoin rising, even though they may not actually be able to mine it efficiently. But at least the crypto these companies already hold is rising in value, right? Bad news...

Many miners have been using mining rigs as collateral for debt, and as crypto prices fell and power costs rose, they've already been forced to sell off coins and equipment to pay off debts. So even though crypto prices are on the rise, many companies no longer have the coins to either cash out on or let appreciate.

We sent this trade recommendation to Money Morning Live subscribers last week, but it just got even juicier - the stock has seen gains in response to the Bitcoin bounce, but likely won't see real profits, setting us up for this dirt-cheap put trade...

This Dirt-Cheap Trade Just Got Even Better

Core Scientific Inc. (NASDAQ: CORZ) is based in Austin Texas and is one of the largest crypto miners in the world.

Core has already had to shut off servers in Texas due to the ongoing heat wave, and with the excessive heat warning extended through Wednesday, more shutoffs may be on the way, voluntary or not.

The company is also massively leveraged, with debt up 53% from the last quarter. And here's the kicker: Just last month, Core sold off 7,202 coins - nearly all of its Bitcoin holdings. Therefore, the profits the company will actually see from Bitcoin's recent bounce will be comparatively minimal.

In addition, the gains CORZ has seen over the past few days are outsized regardless of its profitability - while Bitcoin is up 5.21% on the day at the time of writing, Core Scientific stock is up 14.21%. This isn't uncommon - often, crypto stocks react more strongly to changes in the market than cryptos themselves as retail traders buy stocks to get exposure to crypto without owning it outright. But as we've detailed above, those gains won't necessarily translate to profits for all crypto companies.

It's a mistake that's bound to be corrected as the markets adjust - which opens up a nice trade opportunity right now.

Our experts at Money Morning Live recommended this trade last week, and now that it's even cheaper, we're recommending it here too to make sure you get the chance to profit.

Here are the trade details:

The puts expire on August 19, giving the stock plenty of time to come back down to earth from its recent bounce, especially since the company announces earnings on August 11 - just in time for a disappointing statement to bring the stock right where we want it before the trade runs out.

For alerts on when to exit this trade, as well as other trades just like this, subscribe to Money Morning Live. Just today, subscribers had the chance to bank 180% profits on an INTU call spread recommended by our experts there. Our experts go live every day the markets are open to answer your questions and give their recommendations and insights, completely free.