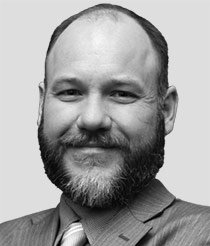 We've talked a lot lately about the need for investors to be in great renewable energy stocks.

They're just not "alternative" anymore; they're fast becoming mainstream, and frankly there's no alternative but to be all-in there. More than that, the technological advances that are fueling this incredible growth put renewables strong in the running to be a kind of brand-new tech sector unto itself.

Lots of analysts, traders, and market-watchers, including yours truly, have cracked that traditional fossil fuels are quickly going the way of the T-Rex. Like they say, it's funny because it's true.

But pandemic-era economics - you know, the kind that sent crude oil hurtling into negative territory last April - are working on fossil energy and "traditional" energy companies in a strange new way.

Believe it or not (and I'll show you in a second why you should definitely believe it), economic forces are shaping up underneath a handful of oil stocks that are likely to send them on a nice bullish run this year. The charts don't lie; I'll name every single stock for you.

So, don't count the black stuff out just yet. In fact, count on crude for some quick early 2021 profits...
EDITOR'S PICKS
How to Identify a Stock You Can Hold Forever (When Buy and Hold Is Dead)
All Great Investors Know These Two Things
It's Time to Bury These Six Myths About Investing in Bitcoin
Stocks

The 2 Best Value Stocks to Buy Now Have 100% Upside

Finding growth stocks can be tricky in the middle of a bull market. Luckily, one trend is nowhere near its peak: home buying. The masse exodus from city life continues to prove one of the most profitable opportunities to come out of the pandemic, and these two small-caps are expected to double as more and more city dwellers pack their bags…

Twitter stock is on the decline after the social media platform cut down Donald Trump's account in its prime. But, as we inch closer to Inauguration Day, social media users on either side of the political spectrum won't be able to stay away, meaning this stock won't be down for long... Here's how to play it, before the inevitable rebound...