We all know the Senate just passed what's been deemed the largest tax overhaul in three decades.

And provided this bill hits President Trump's desk by Christmas, most of the provisions in the tax bill will go live on Jan. 1.

But you don't need to wait until then...

You can actually take your "tax cut" early using these two lucrative plays.

On Friday, the Dow dropped 300 points off the latest Russia investigation news. Then the Senate passed its version of the tax reform bill over the weekend, which had everyone anticipating a strong open on Monday for the U.S. equity market. But instead of reaching a parabolic state, the markets followed with a rather lackluster trading day, with the Dow gaining a mere 58 points by closing bell and the Nasdaq and S&P 500 closing lower. This led to the financial pundits screaming to take profits - especially with the great run we've had so far this year.

But I'm not anticipating a sell-off of any great magnitude between now and the end of the year. In fact, I believe the markets will grind incrementally higher up until at least Dec. 22 (when they could start trading sideways).

Now we can largely thank the prospect and promise of President Trump's unprecedented tax overhaul for this rampaging bull rally in U.S. equities. And I'm about to show you two lucrative strategies you can use to exploit Trump's tax plans before they likely go live in January.

But first, let's talk about the three sectors I predicted would perform the best since Trump's Election Day victory...

I wrote last November that despite the universal expectation for healthcare stocks to drop, they actually began embracing Trump's victory because of the priority in repealing and replacing the Affordable Care Act (ACA). And with the repeal of the individual healthcare mandate in this tax bill, the prospect of having state lines removed would create more competition for healthcare companies - which would drive up profits. 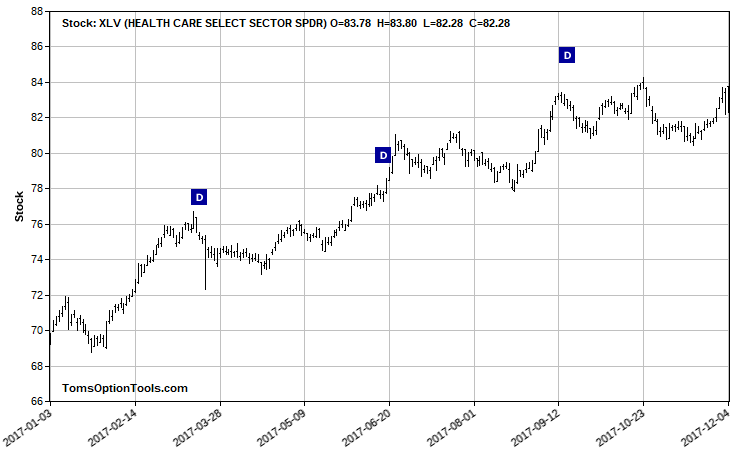 Fears of Clinton winning and taking strict action on the prices of pharmaceuticals had been putting a lot of pressure on the pharmaceutical and biotechnology industry. But Trump's win has eased those fears and opened up some great profit opportunities for investors and traders. 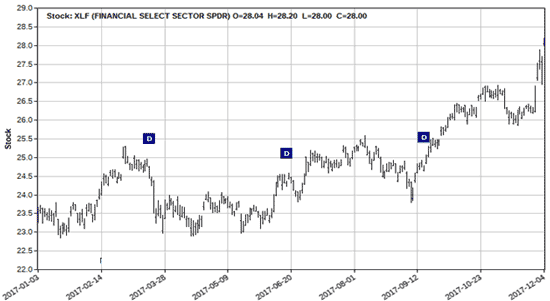 This is pretty much a gimme...

President Trump was already a huge critic of the Dodd-Frank financial reform legislation and has promised to lift regulations on banks and Wall Street. He also recently appointed White House Budget Director Mick Mulvaney as the acting director of the Consumer Financial Protection Bureau - all good things for the financial sector.

Impressive runs by all.

And these are the best two strategies you can use to get your "tax cut" early...

Use me as an example for your book. I am a broke black female who has heart problems. Teach me how to have financial blessings now so can enjoy and bless others. This would definitely go viral. Thank you Mister