Editor's Note: Robust Q4 2017 earnings reports have helped the Dow crack 26,000, but it pays to take a closer look at those numbers. As Shah first revealed a couple years back, Wall Street's playing a manipulative game here. You can't miss his breakdown of this scheme…

Every day you're in the market – whether you own shares of your favorite company in an individual account, have a thick IRA, or you've got a portfolio through a pension plan – you're being lied to.

That's because everyone on Wall Street – the analysts, the investment banks, the media, the data compilers, and the companies themselves – are all playing a game with your money.

It's called "hide the earnings."

Today, I'm going to tell you everything you don't know about analysts' earnings reports, consensus estimates, actual reported earnings – and how we're all openly lied to.

It's going to make you very uncomfortable, scared even.

But don't worry – I'll tell you the truth about the recent earnings numbers. 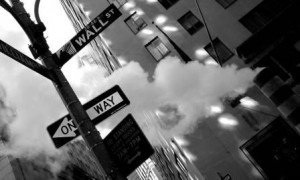 The game that everyone on Wall Street is playing is legal because there are two ways to calculate earnings.

One way is by using Generally Accepted Accounting Principles (the GAAP way). As you might guess, GAAP earnings are dictated by a common set of accounting principles, standards, and procedures. The combination of authoritative standards and commonly accepted methods give investors a level of consistency in the financial statements they use to analyze companies and make their buy/sell decisions.

But the preferred way analysts, data compilers, the media, and companies talk up earnings is by talking up non-GAAP earnings. These are sometimes called "pro-forma" earnings, or "Street" earnings, or "earnings before the bad stuff happens."

All companies are required to report GAAP earnings, but to get to them you have to be proactive – you have to get ahold of the company's quarterly reports and analyze them.

Everyone else is focused on non-GAAP earnings, which companies also include in their quarterly and annual company reports – and may even highlight at the expense of their actual GAAP earnings.

What's crazy about non-GAAP earnings is they can be calculated in all kinds of different ways – there's no industry standard of what can be done on a non-GAAP accounting basis and nothing stopping reporting companies from being "creative."

Companies use non-GAAP accounting because they say it gives a "more accurate picture of earnings from day-to-day operations."

They say their earnings shouldn't include "non-recurring" one-time charges or write-offs for things like restructurings, asset write-downs, writing off goodwill charges or other merger, acquisition, or company divestiture related charges, and certain kinds of compensation schemes.

In short, if a company thinks their earnings are going to be negatively affected by something  that's deemed to be non-recurring, that doesn't relate to day-to-day operations of the business – which is what they say investors really care about – they simply side-pocket those items, which makes their earnings look a heck of a lot better.

Whether those non-recurring items recur and keep recurring is another story. Of course, a lot of the time they do.

Looking forward to the information