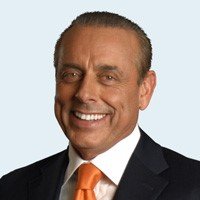 What's ahead for the stock market is always a matter of what's overhead, just like with the weather.

Right now, sunny days and a bright outlook for stocks are what we're seeing.

Due to the crazily volatile market conditions we've been suffering over the past few months, you might think that statement is nuts.

And maybe you're right…

But today, that's what the skies look like to me – and I'm going to make my case.

We're a little past the midyear 2018 mark, so let's use today's report to review.

I'll tell you about what I've seen in the market "weather" the past half-year or so.

I'll share with you my forecast for the near future.

Finally, and most importantly, I'll tell you what you can do to make sure that you're milking this sunny outlook for all it's worth…

Artificially depressed interest rates, driven to record lows in the United States and into negative territory in Europe and Japan, drove yield-seeking investors into riskier assets (that is, equities… stocks).

Earnings, the bottom line in equity valuation, have been rising steadily.

That makes three quarters in a row where earnings have risen by double digits.

On a price-earnings (P/E) basis, a multiple of how much investors are paying for earnings, the forward P/E for the S&P 500 (based on estimates for earnings looking forward 12 months) in January 2018 was 18.6.

That shows earnings are rising faster than the price of stocks.

In other words, equities aren't overvalued – even though they're approaching all-time highs again.

Even naysayers who believe earnings have peaked must concede the market can keep going higher.

In the 1990s, earnings peaked in the fourth quarter of 2000, but the market peaked the following August.

In the 2000s, earnings peaked in the second quarter of 2007, but the market peaked in September 2007 – and didn't implode for another year.

As long as interest rates remain low, equities will remain a better return vehicle – especially given the market's average yearly appreciation. And interest rates will remain low because the Fed isn't about to raise rates enough to cause equity markets to fall and wipe out the wealth effect they continuously support.

Strong earnings, especially in market-leadership stocks exhibited most obviously by big-name tech stocks and the Nasdaq Composite's stellar performance since 2009, will continue to keep valuations in check, keep active investors adding to their positions, and keep sidelined investors coming into the market (probably into passive investment vehicles).

The reduced number of initial public offerings, bankruptcies, mergers and acquisitions, and trillions of dollars of share buybacks over the past 15 years have reduced the supply of equity shares for investors.

In fact, total shares outstanding would be shrinking alarmingly if it wasn't for options issuance by companies to compensate employees.

But options issuance isn't the same thing as more equity shares being offered by more companies.

According to University of Florida Professor Jay Ritter – known as "Mr. IPO" for his work on initial public offerings – in 1997, there were 7,600 publicly listed companies on U.S. exchanges. Today, there are 3,600.

At the same time, there's more capital being created every day.

Equity market appreciation alone has created capital that investors often plow back into stocks. Stronger earnings translate into profits and capital creation for companies and also for investors receiving dividends.

That's why the sun's been shining on stocks and why equity markets have such a bright future.

However, that doesn't mean there aren't storms brewing and investor selling won't dampen rising markets from time to time.

There's Always a Storm in the Distance

The near-horizon storm that's already throwing water on U.S. markets' recent ascent to yet higher all-time highs is the implosion of Turkey's currency, the lira.

Turkey has just over $198 billion of dollar-denominated debt on the books of non-bank borrowers.

The lira's recent drop makes paying debt service in U.S. dollars three times as costly as it was just a few weeks ago.

Plus, several large European banks – including Spain's BBVA, Italy's UniCredit, and France's BNP Paribas – have significant loan exposure to Turkey and direct exposure in the form of ownership in some of Turkey's biggest banks.

This summer storm is a worrisome sign for U.S. equity markets, and an even bigger storm facing emerging markets and European markets.

The last two emerging-market storms – the July 1997 surprise devaluation of the Thai baht that led to the first "Asian contagion," and then the August 1998 Russian ruble devaluation and partial government default – sent U.S. markets into tailspins.

So, there's always a storm somewhere on one horizon or another, and there's always a chance that stocks will take a hit as panicked investors take profits and hedge funds and aggressive traders short stocks to profit from whatever negative feedback loops they can create or pile onto.

But storms are storms. They are not the prevailing weather pattern equity markets have been enjoying.

In fact, we've been watching the forecast closely in my elite research service, Zenith Trading Circle.

At Zenith, we follow a unique, obscure type of play, called a "carbon trade," that gives members the opportunity to understand and track market conditions and – here's the good part – get the chance to rake in the profits…

No matter what the market's "weather" is looking like.

In fact, my methods have given members the opportunity to see more than 6,160% in total winning gains since I first took over Zenith Trading Circle in April of last year.

And I'm calling for sunny, ascending markets – with only a chance of passing showers.