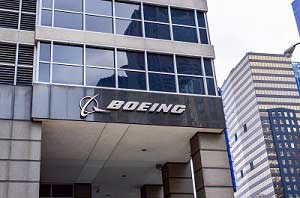 The Boeing Co. (NYSE: BA) has a proven track record of bouncing back from scandals - and making a whole lot of money for investors.

In 2013 - the Boeing 787 Dreamliner's first year on the market - at least four planes suffered from electrical system problems stemming from the aircrafts' lithium-ion batteries.

Investors were spooked. They dumped Boeing stock so fast the rapid sell-off knocked $6 billion off Boeing's market value in just one day.

That's when Money Morning Executive Editor Bill Patalon did the unthinkable: He told his readers to buy more Boeing.

Those who listened to him have made 127% off that call.

And those who followed Bill's initial recommendation to buy Boeing shares in September 2011 have enjoyed gains of 177%.

Check out the video below, where Bill lays out his long-term view for Boeing stock and shows you how to start profiting from Boeing right now.