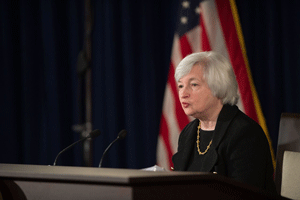 Here's a look at the Fed's three most expensive decisions in history...

These protracted monetary policies - which finally stopped in 2014 -- panicked taxpayers who were worried about the effects of falling interest rates on their savings accounts.

The Dallas Federal Reserve branch released a cost analysis in 2014 that concluded with a sort of admission of guilt on the central bank's part - it had produced dire problems that "society must deal with":

But the Fed made an even costlier maneuver amid the crisis that the public almost didn't know about...

That's right; the Fed had loaned out an amount of money that, when totaled, was greater than the national debt - all to corporations and banks around the world to keep them from collapsing.

The institution did this in order to prop up the global fiat empire - a.k.a., to keep the currencies backed by their national governments worldwide from losing all value.

But that doesn't have to be a bad thing. Money Morning Technical Trading Specialist D.R. Barton, Jr., thinks this could be a nice profit opportunity for readers...

Check out his interview with CNBC below...