Despite a wide expectation that it would, Walgreen Co. (NYSE: WAG) yesterday (Wednesday) announced it would not relocate its headquarters overseas as part of a tax inversion deal designed to avoid the high U.S. corporate tax rate. 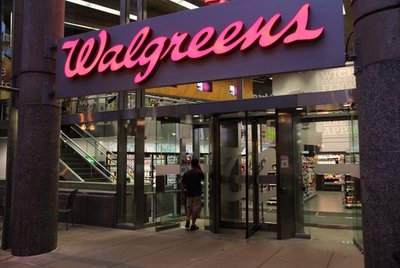 However, Walgreens is following through on the acquisition itself – the purchase of the remaining 55% of Alliance Boots GmbH it doesn't already own.

Wall Street was not amused, lopping 14.5% from the WAG stock price. The aborted tax inversion deal wasn't entirely responsible for the backlash, as Walgreens also chopped its earnings guidance for 2016 to $4.25 a share from $4.60 – but it sure didn't help.

Tax inversion deals have drawn much fire recently from activist groups and politicians, including President Barack Obama, who recently criticized them as an "unpatriotic tax loophole."

But the attacks on tax inversion deals ignore the real problem: that Congress has failed to fix U.S. corporate tax law. Companies that seek to reduce their taxes are merely fulfilling their fiduciary responsibility.

"It's not un-American for these inversions to occur, it's just free market capitalism," said Money Morning Capital Wave Strategist Shah Gilani in an appearance yesterday on Fox Business' "Varney & Co." (See the accompanying video for more of Shah's thoughts on Walgreens' decision.)

In fact, the public pressure not to do the tax inversion was part of the calculus in the decision to keep the Walgreens headquarters in Chicago.

The negative attention surrounding tax inversions was making Walgreens nervous. It became increasingly clear that the company would pay a steep price with the American public if it moved its headquarters to cut its U.S. tax bill.

In a statement, Walgreens said its status as "an iconic American consumer retail company with a major portion of its revenues derived from government-funded reimbursement programs" was a significant factor in choosing not to go through with the inversion.

But there was another major consideration that weighed just as heavily on Walgreens executives – if not more.