Late last month, depending on how you look at it, either something wonderful happened - or the feds continued their cowardly, conniving ways.

A group of federal prosecutors met in Washington and in New York with various financial regulators to discuss filing criminal charges against and coercing guilty pleas out of two giant banks.

David O'Neil, head of the U.S. Justice Department's criminal division; Preet Bharara, the U.S. attorney for the Southern District of New York; and Cyrus Vance Jr., the Manhattan district attorney, met in Washington with regulators and lawyers from the U.S. Federal Reserve and the Office of the Comptroller of the Currency (OCC). And then they took the Acela Express up to the Big Apple to meet with Benjamin M. Lawsky, New York State's first superintendent of financial services. 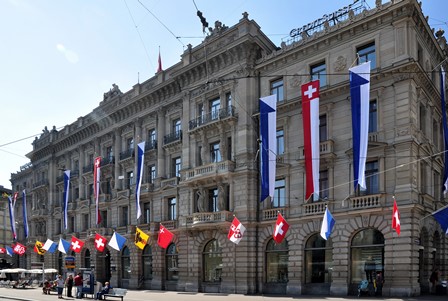 Credit Suisse is accused of helping U.S. citizens evade federal taxes, while BNP Paribas is charged with knowingly doing business with nations, such as Sudan, that face U.S. sanctions.

Send up the fireworks, right? Federal prosecutors are actually doing their job! They're punishing the patently criminal activity that's so frequently perpetuated by big banks.

This looks to be a historic occurrence. But two things tell me we shouldn't pop open the champagne... yet.

If either bank ends up pleading guilty to criminal charges, it would be the first time in more than two decades that a bank or investment bank will have done so.

The feds go after the big banks so infrequently, even after all the malfeasance uncovered in 2008-2009, for two main reasons. First off, how many times have I told you about the merry-go-round between the big banks and the regulating agencies?

Young turks make their bucks on Wall Street, and then trade in their power suits and spend a few years in Washington, D.C., as regulators. While in the capital, they protect their cronies back in New York - and then head back there to make even more bucks. And so on, forever and ever.

And then there's prosecutors' and regulators' fear - cowardice - of the economic fallout that could occur if they shut down a big bank. In fact, federal law requires criminal prosecutors to weigh the business and economic consequences of coercing guilty pleas from corporations.

This, of course, provides convenient cover for the hubris of corporations, the fear of prosecutors, and the duplicity of regulators.

But here's what especially sticks in the minds of the feds.