In my last column, I told you about Qualcomm Inc. (Nasdaq: QCOM) - the big-cap firm that helped pioneer wireless communications and is perfectly poised to benefit from continued smartphone adoption around the world.

Now I want to run Qualcomm through the five "filters" of my tech investing strategy and see how QCOM stacks up.

The San Diego-based company makes the guts of numerous manufacturers' phones and therefore isn't vulnerable to the whims of the mainstream marketplace's fashions and trends.

Qualcomm expects to see a global total of 7 billion smartphones in use by the end of 2017. By then, this world leader in wireless semiconductor sales expects smartphones to account for 80% of handset sales, compared with roughly 55% last year. 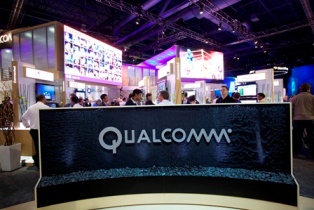 I believe it will continue to outperform the market and make money for investors savvy enough to look beyond shortsighted pundits' quick-trigger proclamations of the death of the smartphone.

And now I'm going to show you how by applying the five rules that make up my tech investing strategy.

The 5 Rules of My Tech Investing Strategy

Rule No. 1 - Great Companies Have Great Operations: I look for excellent leaders who know how to build top-notch franchises. Though just named CEO in early March, Steve Mollenkopfhas played a major role in making Qualcomm a global leader in the Mobile Revolution.

A 20-year company veteran, Mollenkopf previously served as chief operating officer. In that role, he helped make the firm the world leader in wireless chipsets and spearheaded the Atheros acquisition. Besides being a leader, he's also a tech guy who holds seven wireless patents.

My next rule is all about turning down the volume on meaningless Wall Street "noise"...