The upcoming Winklevoss Bitcoin ETF has investors eager to profit from the surging Bitcoin price - but an inevitable consequence of the Bitcoin economy's growth is a proliferation of high-risk traps for those investing in Bitcoin.

The rush to raise money for exciting new projects means even well-intentioned folks have gotten themselves - and their investors - into some sticky situations.

Some of these Bitcoin investments are outright fraud - efforts to trick the unsuspecting by offering opportunities that don't exist, or some similar chicanery. 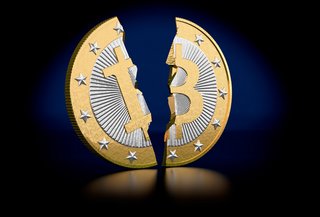 The fact is that while any sort of investment in Bitcoin carries significant risk - it's still very early in the game, after all - some Bitcoin investments have emerged in a gray area best avoided.

Back in April, a Scottish company called MaidSafe partnered with Seattle-based Mastercoin to create a novel way to "crowdfund" itself using crypto-currencies.

The idea was to let investors use Bitcoin or Mastercoin - a Bitcoin derivative dependent on Bitcoin's blockchain - to buy MaidSafe's "SafeCoin," a digital token designed to be used with its cloud-based Dropbox service to buy and sell storage space.

The convoluted set-up was intended to raise $8 million in funding for MaidSafe.

But to encourage the use of Mastercoin, the organizers set an exchange rate double its valuation at the time. And announced it publicly.

Predictably, the price of Mastercoin rose immediately as savvy crypto-coin investors sought to buy at the lower price in the hope of doubling their money in the coming exchange for SafeCoins. In less than two weeks, the Mastercoin price shot up from about $30 to nearly $89.

The plan was for only 25% of the SafeCoins to be bought in Mastercoin, with the rest to be in the better-established Bitcoin.

But when the sale opened April 22, orders for SafeCoin in Mastercoin flooded in as investors sought to cash in. Within five hours, a sale that was supposed to last 30 days was halted. Even so, 50% of the orders were in Mastercoin.

And it gets worse...

Here are some good alternatives to look into, BlackCoin, OctoCoin, and DNotes. The all have professional development teams, who have built these Currencies from the ground up without any schemes or gimmicks. BlackCoin is running a very aggressive marketing campaign, in hopes of being the next Bitcoin. At a current price of around 20 cents per unit, and overwhelming buy support, this is a strong buy. DNotes and OctoCoin are running more conservative marketing campaigns, and look to reward long term holders. Both DNotes and OctoCoin sit at fractions of a cent, and are a diamond in the rough for an investor who is willing to take a chance.