Now that Bitcoin has shown it can survive a variety of disasters – including an unsavory association with illegal drug buying and the bankruptcy of its biggest exchange – more investors are going to want to jump into the digital currency.

But that means figuring out how to buy bitcoins. 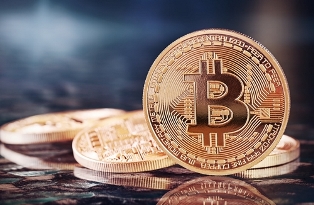 Investing in Bitcoin – at least for now – is not quite as simple as investing in stocks, bonds or commodities such as gold. But you don't need a degree in Information Technology, either.

It's actually getting easier to buy bitcoins every day, and as time goes on there are more ways to do it.

Now let's just say upfront that while Bitcoin has tremendous potential – some proponents believe the Bitcoin price could rise from its current $450 to $10,000, $100,000 or even $1 million over the next decade – it's still at a very early stage and remains risky.

"I recommend Bitcoin for the aggressive portion of an investor's portfolio, but don't bet the farm on it," said Money Morning Defense & Tech Specialist Michael A. Robinson. "The key is to invest only what you can afford to lose and to look for great entry points along the way."

If Bitcoin prices do rise as much as some expect, even a modest investment of $500 or $1,000 could turn into the payoff of your life. And if it doesn't, well, your losses will be minimal.

So let's look at some ways to buy Bitcoin.

For the ultra-conservative, two ways to invest in Bitcoin indirectly are due to appear by the end of the year – the Winklevoss Bitcoin Trust, a Bitcoin ETF (exchange-traded fund), and SecondMarket's Bitcoin Fund. Both instruments will be tied to the price of Bitcoin.

But many investors will want to own the real thing.

One way to buy bitcoins is with a Bitcoin ATM – if you're lucky enough to live close to one.

You simply put your cash fiat currency into the machine and it sends bitcoin to your digital wallet.

Right now you can only find Bitcoin ATMs in the United States in such places as Boston, San Francisco, Albuquerque, N.M., and Austin, Tex. Canada has Bitcoin ATMs in Montreal, Ottawa, Quebec City, Halifax, Toronto, Winnipeg, Edmonton, and Vancouver.

But more are being installed all the time. You can check bitcoinatmmap.com to monitor the addition of new Bitcoin ATMs.

The most common way to buy bitcoins, however, is through some type of exchange. That landscape can be treacherous, so Money Morning has put together a guide on which Bitcoin exchanges are best.

You can also use localbitcoins.com to by off of someone in your local area. Very easy and only requires you have a wallet.

Bitcoin ATMs show some potential, but for the ones I've tried, a passport scan is required and you also have to add in biometrics like a palm or iris scan which seems a bit invasive to me. I just use Bitcoin Gift Card (.org) to buy BTC and pay by Paypal. It takes a few days for the BTC gift cards to arrive through the mail, but otherwise works great.

I’ve tried a bunch of different Paypal -> BTC solutions, VirWox works fine but I ended up paying like 25%+ in fees. Local Bitcoins is fine if you’re willing to go meet somebody, and IMO is a slightly better deal, I ended up paying around $35 in fees on a $200 order. Then there’s BitcoinGiftCard.org which has lower fees, but I had to wait like 4 days before getting my BTC as they actually shipped me some gift cards through the mail.