Tesla Motors Inc. (Nasdaq: TSLA) stock hit a new high on Aug. 29 thanks to very positive news out of China.

So far this year, TSLA shares are up more than 80%. And its Chinese expansion should propel the stock even further – in fact, I think China will become Tesla's biggest market within the next year. 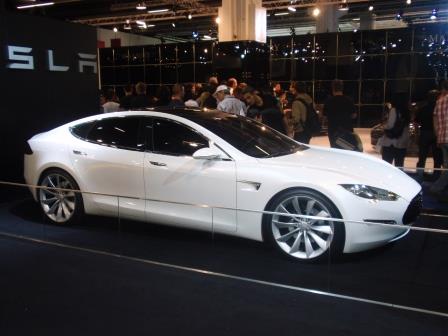 But that performance, as impressive as it is, pales in comparison to the performance of a Chinese auto e-commerce company I told you about on Feb. 4.

Since then, your shares have gone on a tear, rising some 220%.

This exciting stock isn't done yet, however, and I think you're going to make another 50% over the next couple of years. Let's see how that's going to happen…

My good friend and colleague Money Morning Executive Editor Bill Patalon and I have many things in common, not the least of which is we're both "car guys."

I used to be an auto analyst in Detroit, and I've rebuilt a couple of cars and worked on a dozen more. And Bill loves to regale me with stories of how he is working on his "little hot rod" – a 1931 Ford Model A Roadster Pickup with a beefed-up, small-block V8.

Naturally, then, when he suggested doing a Q&A with me last February about my views on China's burgeoning new-car market, I jumped at the chance.

At the time, I was convinced Bitauto Holdings Ltd. (NYSE ADR: BITA), which offers e-commerce and marketing services to China's auto market, offered savvy tech investors the chance for massive gains in relatively short order. Here's how I described Bitauto to Bill:

Talk about a growth machine. It has a three-year sales growth rate of 54% and has grown earnings per share in excess of 60% over the past three years.

If it just had half that earnings growth, profits per share would double in less than three years. In fact, I think the stock could double well before that if everything plays out the way I believe it will.

To put it mildly, the stock greatly exceeded my optimistic projections – again, a 220% pop in about seven months.

However, when a stock goes on such a quick, impressive rally, many investors wonder how much upside is left. (I'm betting that includes many of you who didn't invest in Bitauto the first or second time I recommended it.)

In this case, I still see potential for strong gains – and here's why.