For 40 years, U.S. crude oil exports were illegal. For shipping companies, that ban meant billions in potential revenue were out of reach.

But with the export ban thawing, shipping companies are starting to ramp up for the coming U.S. oil export boom.

With this new loophole, their stocks are poised to boom as well... 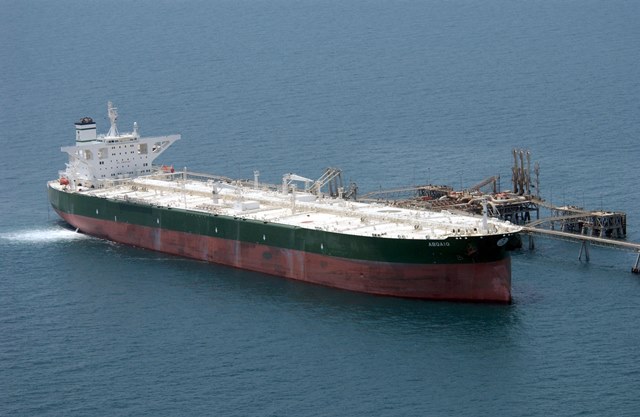 The largest supertankers can carry $340 million worth of crude oil between oil fields and refineries in virtually any country in the world - except, since the 1970s, from the United States.

In the wake of the Arab oil embargo and massive fuel shortages, crude oil exports were banned in the United States.

But with fracking extracting record-setting amounts of "tight" oil from shale, American companies have a glut of light crude... more than U.S. refineries can efficiently handle.

U.S. companies have always been allowed to export lightly processed crude, called "condensate." But the biggest ships - the ones that generate the biggest profits - carry crude.

Those ships, dubbed Ultra-Large Crude Carriers (ULCC), can carry more than 3 million barrels of crude oil. Shipping companies get about $25,000 per day when they lease these behemoths, about double the break-even point.

Thanks to overbuilding in the early 2000s, shipping companies had excess hauling capacity. When the world economy stalled in 2008, they were left with idle ships and contracts that paid, on average, under $10,000 per day.

Although the global economy has been on an upswing, the industry hasn't returned to its earlier profitability.

But now it looks as if it soon will.

Exploiting a recently discovered loophole in U.S. law, the BW Zambesi, a Singaporean tanker, sailed from Texas City, Texas, to South Korea last month with $40 million worth of minimally processed crude. The U.S. Commerce Department has begun granting limited licenses to a handful of companies for crude export under certain circumstances.

The industry, U.S. Energy Secretary Ernest Moniz, and other members of the Obama administration are pushing for even more.

Energy research group IHG predicts those same exports could add $1 trillion to U.S. government revenues by 2030. That, in turn, would encourage even more oil production in the United States and, as predicted by the Council on Foreign Relations, stabilize or even lower gasoline prices for U.S. consumers.

It would also greatly increase profits for shippers like these...