For people having a hard time grasping what Bitcoin is all about, deliverance is at hand. 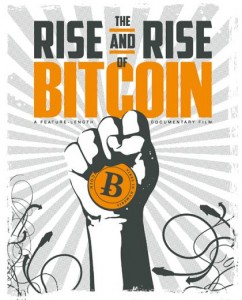 A new Bitcoin documentary – "The Rise and Rise of Bitcoin" – makes this abstract form of money easier to understand. And you don't need to be a geek to get something out of it.

Released last weekend, "The Rise and Rise of Bitcoin" tells the story of the creation and development of the much talked-about digital currency.

The documentary follows the journey of computer programmer Daniel Mross, who discovered Bitcoin in 2011. He immediately became obsessed with it. Shortly afterward he convinced his brother, Nicholas – who happens to be a filmmaker – to start making a documentary.

"The Rise and Rise of Bitcoin" does a thorough job of detailing the history of Bitcoin, from its creation by the mysterious Satoshi Nakamoto through the tumultuous events of early 2014.

The film also goes into the mechanics of how Bitcoin works. It uses graphics and plain language to explain how Bitcoins are mined and how the network functions.

These technical explanations, along with the historical background, should go a long way toward helping Bitcoin newbies make sense of the digital currency.

But there's also plenty here for long-term Bitcoin enthusiasts who already know most of that stuff. In particular, Mross interviews many of the key figures in the development of Bitcoin.

"The Rise and Rise of Bitcoin" Interviews Pioneers

Mross talks to such Bitcoin pioneers as:

A few of the comments in these interviews are eerily prescient. Charlie Shrem, for example, is interviewed extensively in the hectic early days of BitInstant.

Viewers who know Shrem's story will raise an eyebrow when he makes this comment regarding his fear of breaking the law: