When Overstock.com Inc. (Nasdaq: OSTK) Chief Executive Officer Patrick Byrne launched a wiki page to explore the possibility of a Bitcoin stock exchange, it was hard to imagine the project getting past the idea stage.

But Patrick Byrne is a man on a mission.

Driven by a deep mistrust of Wall Street, Byrne has announced the creation of a division within his company charged with making this dream a reality. 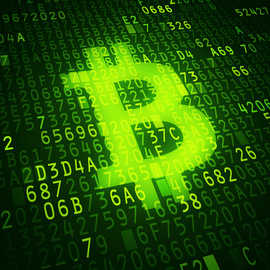 He's calling it "Medici" after the legendary family of Renaissance-era Italian bankers that pioneered the double-entry system of accounting.

"This could be as big, or bigger, than the Internet," the eccentric chief executive gushed to Wired earlier this month.

The basic idea is to create a stock trading system that uses Bitcoin's public ledger of transactions, the blockchain, to bypass Wall Street's institutions.

The wiki page helped Byrne find 13 groups already working on similar ideas. Byrne and his team quickly determined CounterParty was the best of the lot. So he hired two of the three co-founders.

That pair, along with several others, will become part of a new division within Overstock funded with 5% to 10% of Overstock's cash flow.

"We have, essentially, an open checkbook for them to build the crypto alternative to Wall Street," Byrne said in a speech given at the Inside Bitcoins Conference on October 6.

To navigate the many thorny legal and regulatory issues, Byrne said he has enlisted the services of blue chip legal firm Perkins Coie.

How far he gets is another question, but make no mistake - this man is serious.

"The Most Hated Man on Wall Street"

The roots of Byrne's crusade go back to the 2002 Overstock IPO, when he became aware of some unsettling practices on Wall Street.

By 2005 he became notorious for accusing Wall Street of "naked short selling." In naked short selling, a trader doesn't borrow shares to sell on the market - they simply sell shares they don't have. Those doing it, Byrne said, were manipulating stock prices for their own gain.

Byrne also accused Wall Street of corruption and of having ties to organized crime. His persistent attacks soon made him "the most hated man on Wall Street," a title he still wears with pride.

Byrne has taken it upon himself to purge the bad actors from the system. Or as he puts it, "drag Wall Street behind the barn and kill it with an ax."

While a Bitcoin stock market is a certainly a long shot, investors would reap several benefits if Byrne somehow pulls it off.