Rattlesnakes rattle their tails as a warning. It's their way of saying, "I'm ready to attack you to defend my ground," which really means defend myself.

All politicians are snakes. And some of them are rattlesnakes - but only if they have to be.

Most of them would prefer to silently slither in and out of their offices defending their self-interests. But sometimes a politician has to rattle his tail because his constituents' interests are threatened - meaning his campaign contributions (money) and votes 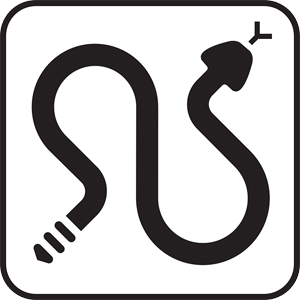 Republicans have been doing a lot of rattling lately, since they are now the majority species in the deep, dark den known as Congress.

Me, I used to be a staunch Republican. I still adhere to the basic Republican principles of smaller government, lower taxes, and a "constructionist" view of the U.S. Constitution, not an interpretive one.

But I'm disgusted with the Rattlesnake Republicans who are pandering to crony capitalists. Their greedy, pro-super-wealthy and big-business agenda isn't about the good of the country, but about lining their own pockets and becoming super-wealthy themselves.

And here's how they've been lining their pockets most recently...

On Jan. 14, the House of Republicans (oops, I meant House of Representatives) and greedy like-minded Democrats passed the Promoting Job Creation and Reducing Small Business Burden Act, by a vote of 271 to 154. According to Open Congress, 242 Republicans and 29 Democrats voted aye, while 1 Republican and 153 Dems voted nay.

There's a lot of rubbish in the act. But the thing that riles me most is a provision that gives big banks an additional two years to comply with a slice of the Volcker Rule, an integral part of the Dodd-Frank Wall Street Reform and Consumer Protection Act. That slice says banks have to shed their collateralized loan obligation assets by July 2017.

Agree to a certain extent. Dodd-Frank as well as their bill were as corrupt as they come, too. Democrats are no different than Republicans. Majority of both parties don't give one iota about the American Citizenry. I'm sure you have, but if not try reading the 1603 pages of the Budget. Absolutely mind twisting & repetitive. That as well as the 12,000 + pages of the ACA. Since retiring & growing older I have the time to read these. After doing so I can understand completely why young adults (my children's age) have no desire to. It's so mind boggling that most can't keep brain trained to do so.