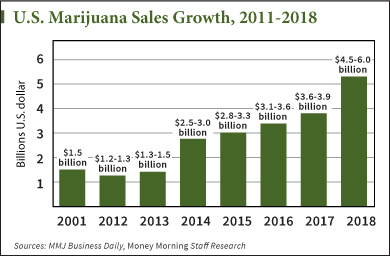 Criminals have taken full advantage of the burgeoning marijuana industry - which grew from $1.5 billion in 2013 to $2.7 billion in 2014.

That was despite an SEC crackdown.

The SEC said it questioned "the accuracy of publicly available information about these companies' operations." Then in November, the agency formally charged four men with marijuana penny stock manipulation.

Here's how scammers used pot stocks to swindle investors out of billions - and which three cost investors most... 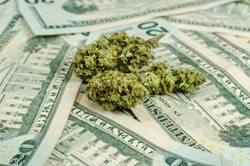 First, they do not meet rigorous requirements of the New York Stock Exchange or other large exchanges. Instead, they're listed on dealer networks like OTC Markets - which have fewer listing standards.

Stock manipulators use this volatility to their advantage in "pump and dump" schemes. They buy a large chunk of shares in a company. Then they convince a mass of investors to buy those shares as well, which shoots up stock value ("pump"). The fraudsters then sell off their own shares ("dump"), which leaves investors with deflated stock price.

According to investment community Openfolio's data, marijuana penny stocks had the most drastic highs and lows of any industry penny stocks in 2014 - they have fallen 88% from their peak in the last year, compared to a 45.2% average decline of penny stocks across other industries.

"The volatility is mostly due to the novice investors who are flooding into the stocks on the promise that they'll find riches with the decriminalization/legalization of marijuana," Openfolio representative Simon Burns told Motherboard in an email. "In reality, few public marijuana companies are well positioned to capture this growth."​

Of all the marijuana penny stocks' dramatic falls, these three contributed most to the $23.3 billion investors lost in 2014...

Three of the Most Costly Marijuana Penny Stocks of 2014