Investors trying to play rebounding prices have flooded into oil stocks in the last month. But this rush of buying has led to some highly overvalued oil stocks.

Right now, many oil stocks are trading at the same prices they were when oil was in the $80 to $90 range. Except oil is only trading north of $56 today.

Here's a look at three oil stocks that are seriously overvalued right now. 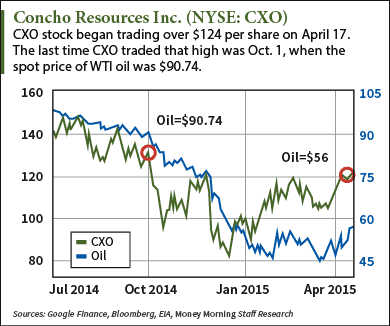 Overvalued Oil Stocks, No. 2: Pioneer Natural Resources (NYSE: PXD) traded over $181 this week. The last time it closed that high was in early November when oil was over $78 per barrel. Analysts expect PXD earnings will fall an incredible 92.9% in Q1 compared to last year. 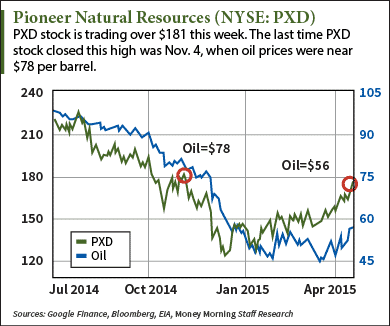 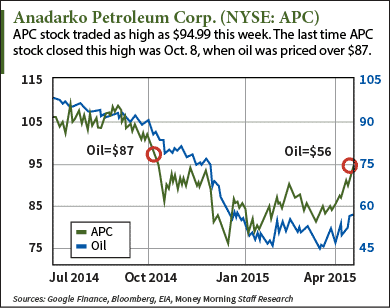 What's Next for Oil Stocks

The broader oil market is still showing major signs of weakness. Production is slowing and hundreds of rigs are coming offline.

Baker Hughes Inc. (NYSE: BHI) reported in early April that the number of operation rigs in the U.S. had plummeted to 802. That was a 50% drop from the industry's high of 1,609 in October.

Last week, the U.S. Energy Information Administration (EIA) reported that production had fallen to 9.38 million barrels per day. That's down from a high of 9.42 million barrels a day from March.

We've also seen huge rounds of layoffs in the industry.

Even with all these warning signs in the oil sector, investors are still driving oil stocks higher as they chase the rising price of oil. But watch where you buy into the sector - many of these stock prices we're seeing are not justified.

A "Tool Shed" for This Source of Alternative Energy: There's a major energy breakthrough happening as you read this. A new device is being perfected - one that will resolve the storage problem for one particular alternative energy source. All thanks to this innovative company and the strides it's making. Now's your time to invest...