Someone I love very much – in fact, a family member I idolize – was recently diagnosed with Parkinson’s disease. We are all in shock, and some members of my family are very frightened.

But I made a decision. Instead of being frightened, I’m going on the attack. As transformational thinking lecturer (and "est" founder) Werner Hans Erhard advocates, I’m going to be "cause in the matter."

So I’ve given myself a mission... to do my part to help find a cure.

And it’s an opportune time...

Major diseases like Parkinson’s, Alzheimer’s, and diabetes have a new enemy: research initiatives that attack them from fantastic new angles – yielding new protocols and medicines that can stop these maladies in their tracks or even reverse their chilling effects.

I’m not talking about "old school" drug protocols or research. I’m referring to the new healthcare and research Disruptors that I've been watching – and that are everywhere. 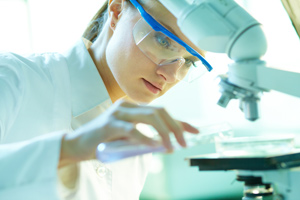 A powerful confluence of catalysts is making this possible, including new science, new technologies, and even new policies at the U.S. Food and Drug Administration (FDA) such as a groundbreaking “Fast Track” designation that slashes the time it takes to get new drugs into the hands of the patients who need them.

My resolve to help fight Parkinson's – as well as the other terrible diseases I mentioned – has already gained me access to some rarefied circles. I’ve been asked to join the board of an extraordinary company whose partnering doctors head up the research units in their respective medical specialties at the top hospitals in the United States.

The doctors I’m backing are leaning into the future in a big way. The head of the research-and-development company I’m involved with previously ran a giant pharmaceutical company. He’s now attacking the diseases his old pharma company treated with drugs by developing completely new protocols to stop diseases from spreading and eventually reverse the damage that they do.

I’m not permitted to reveal the name of the company I’m working with just yet.

But I will make this promise: Over time – as we crusade toward our goals of arresting the spread of the diseases we’re attacking and advance development of reversal protocols – I will be able to share some of what we’re learning, how trials are going, and how our success will benefit everyone.

Eventually, there may even be ways for you or your loved ones to get into trials (we’re not there yet, but getting closer) by participating directly through new healthcare Disruptor tools like iPads and iPhones.

Meanwhile, we can invest in the Disruptor players, a move that will have dual benefits. It will not only aid the eventual defeat of these dreaded diseases, but it will allow us to profit from the full-frontal assault on them.

And that’s what we’re going to start looking at today...

You know, I read about recent treatments to slow-down or stop Alzheimers, but I forgot where.

All chronic diseases, whether it be cancer, heart disease, Alzheimer, etc., are diseases of nutritional deficiency. This has has been established by anthropologist, both with and without medical training. The culprit in our ill health has been due to the processed food industry. The other culprit has been the orthodox medical community which insists according to Abraham Flexner's 1910 report that "empirical" medicine is quackery. The greatest scam perpetrated on the American public has been , according to George V. Mann, MD, has been the low fat – high carbohydrate diet. Because low fat food tastes about as good has been to add sugar, especially HFCS. According to Robert Lustig MD, in his "Fat Chance," fructose is a toxin! What we need to eating is high quality saturated fats of animals, e.g., grass fed cattle, pastured poultry and wild fish.