Finding the right tech stocks to buy to play the mergers and acquisitions (M&A) market can deliver serious profits for investors. 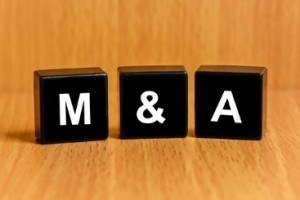 "I expect to see a lot more M&A activity through the end of the year," Robinson said. And he expects to see a lot of that activity among technology companies.

"That's in no small measure because of the health of the tech industry," Robinson said. "Overall, tech firms are reporting strong growth in sales, cash flow, and profit margins."

"While you can spend hours combing debt-to-equity, liquidity, and market cap numbers, finding good tech takeover targets remains more art than science," Robinson said. "It all comes down to catalysts - acquirers are looking for good fits and solid reasons to act now."

After running the numbers, Robinson says these three companies are possible takeover targets - putting them on our list of tech stocks to buy now...