This week we're taking a look at four of your most perceptive investing questions and my replies to them.

We're also going to cover a question I was asked on FOX Business recently that has immediate bearing on your money and your investments at the moment. 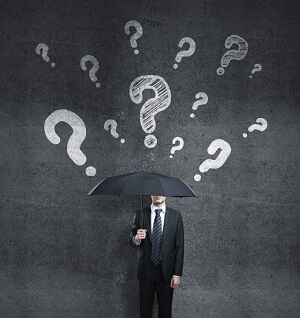 Earlier this week, FOX Business anchor Stuart Varney (himself a London School of Economics Graduate) noted that Goldman Sachs came out with a new report and said:

"Oh, you're going to get no money out of the stock market [over the next 12 months]. I think there's a few of our viewers who are thinking of just getting out of stocks completely. Would you advise that?" ~ Stuart Varney, Varney & Co., FOX Business Network

Not on your life. I told Stuart that I think you've got to do anything but get out.

Then I noted investors needed to remember who's delivering the message. Goldman has been involved in several blatant cases of market manipulation in recent years - namely FX, currencies, and commodities - and has a history of trading against its own clients.

But in the interest of time, I couldn't tell Stuart and millions of FOX viewers why I believe we've still got 5% to 8% before the end of the year.

Earnings have been better than expected and will continue to be as the must-haves we follow expand margins further, albeit from terribly low levels. At the same time, we're heading into an election cycle, and while that's contentious, the promises will be bigger than ever this cycle. That's usually an upward influence. And finally, corporate buybacks typically accelerate during Q4, which is a good thing after the summer doldrums and immediate-term volatility I think we'll see this summer.

In the meantime, your best actions are twofold at the moment...

Any truth to the article below? It feels pretty sketchy since the author is short the stock and the SEC never mentioned EKSO in its press release. We thank you for any info.

For all those concerned about EKSO: Keith will have a full response tomorrow (Wednesday). We can tell you that the problem is a short-seller spreading misinformation about EKSO on another website. Stay tuned.

Here's a link to Keith's response regarding EKSO (on his Total Wealth Research website):
http://totalwealthresearch.com/2015/06/how-to-handle-a-short-attack-on-a-stock-you-own/

When tracking stocks generally and your recommended stocks to watch or purchase, what settings do you recommend when using the Moving Average Convergence Divergence (MACD) for: Fast Period, Slow Period and Signal Period?

That's a great question and it depends on what I'm trying to accomplish. For example, if I'm after a short term trading opportunity, I want to make sure the length of the lookback roughly matches the expected life of the trade. So a 21 day swing trade may be a 21 day lookback with a 5/34/5. A six month investment may be 21 against 63 to mitigate the noise that's otherwise going to kick you out of a trade.