From the hundreds of oil benchmark rates used around the world, two set daily have been dominant in determining the oil prices for the buying and selling of crude. One is Dated Brent, set in London and representing the average price from a basket of North Sea offshore production. The other is West Texas Intermediate (WTI), the grade set in New York.

Brent is applied more often in international trade than WTI. However, both of these benchmarks are better oil grades than well over 80% of all the oil actually traded.

The vast majority of the oil bought and sold is sourer (having a higher sulfur content) than Brent or WTI. That is, both benchmarks are sweeter (having lower sulfur) than the average oil contracted. 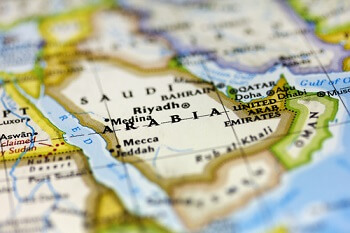 Aside from impurities and related matters, the sulfur content combined with the weight of the oil (from light to heavy on the API scale) are the primary factors in determining an actual sale price at discount or premium to a benchmark.

That means most international oil is sold at discount to Brent. That means the producer of the normal sourer crude is losing on the deal.

But something created in London several years ago is beginning to have a major impact on the global crude oil market. And it is just what the Saudis need in their ongoing battle with American shale production for control of the international market.

It's called the Argus Sour Crude Index (ASCI) rate, and it is a new way to determine prices for delivery to U.S. Gulf of Mexico ports of the actual oil grade existing in most of the world.

Advanced by a London trading house after much discussion, it is still not a benchmark of sorts. But after Saudi Aramco (the national oil company of Saudi Arabia) announced it would use the ASCI rate rather than WTI or Brent, matters became a whole lot more interesting.

The ASCI has been allowing Aramco to have a greater say in determining both spread of contract prices and the ability to play certain regions of the world against others. This is because Saudi export crude is quite sour by composition.

The ability of the Saudis to influence prices beyond their own exports does not come simply from being the largest producer and exporter in OPEC. It also comes from something else.

The daily pricing for exports from all OPEC countries in the Persian Gulf and the broader MENA (Middle East/North Africa) region is based largely on the relationship each export price has with the Oman/Dubai average. That average, in turn, is influenced by several more local benchmarks in and around the Dubai market. Those are heavily predicated on Saudi prices.

Well, here's what all of this means for the ability of the Saudis to leverage prices worldwide and place pressure where they wish…

Nice article, clear, crisp and easy to understand. I am MBA student (oil n gas mgmt.) and your articles help in developing concepts