If you still doubt that geopolitical heat can rattle the oil sector, I strongly advise you to carefully watch the events that are about to play out.

At the top of my own list is Iraq. Geopolitical matters there continue to worsen. U.S. Secretary of Defense Ashton Carter has just called out the Iraqi military – during a high-profile TV interview, no less – claiming that it lacks the will to fight. ISIS is solidifying positions within marching distance of Baghdad. And the main Iranian general is condemning the United States for "not doing a damn thing" to halt the ISIS advance.

These three developments will have an impact on global crude oil stability and are thereby certain to affect oil prices.

But a fourth situation is about to unfold… with the potential to have a more direct effect on oil.

Earlier this month, Ramadi, a Sunni majority city in Iraq's Anbar Province about 75 miles west of Baghdad, fell to ISIS forces. The town is in a strategic location on the banks of the Euphrates River. It stands on an important trade route connecting to the Mediterranean Sea, as well as being located on the main road from Amman, the capital of Jordan, to Baghdad. 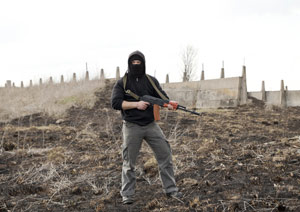 On Sunday, Defense Secretary Carter conducted an interview with CNN's "State of the Union." "What apparently happened was that the Iraqi forces just showed no will to fight," he said. "They were not outnumbered. In fact, they vastly outnumbered the opposing force, and yet they failed to fight, they withdrew from the sight, and that says to me, and I think to most of us, that we have an issue with the will of the Iraqis to fight [ISIS] and defend themselves."

And although the United States has sped up the delivery of arms to the Iraqi forces, Carter said that the Iraqi military itself needs to ramp up its efforts to defeat ISIS. He also announced that he would not currently consider recommendations from military strategists for relocating U.S. forward air controllers to help better identify targets for coalition airstrikes.

"If there comes a time when we need to change the kinds of support we're giving to the Iraqi forces, we'll make that recommendation," he said. "But what happened in Ramadi was a failure of the Iraqi forces to fight"…

You are so wrong on Kurdistan and its MNR ..First the agreements in place from December 2014 have not been met by the KRG MNR once, and that agreement is they produce for export and export 550,000 bopd..Fact they have not hit that target once.

The KRG MNR also have not honured any of the PSC contracts with International Oil Companys..These are non payment of oil exported last year illegally under international law..THe Money from those oil sales sits in Halkbank Turkey..A German Bank Account, Swiss account and an American account… Over $4 billion dollars and they refuse to pay oil companys who operate in Kurdistan..Further more the PSC contract states any oil field that as a commercail discovery and field development approved by the KRG means the BIR (Back in Rights) the KRG hold on each block have to be exercised and paid for within 180 days..The KRG have not honured this or allowed the oil companys operatiing in Kurdistan to sell the BIR OR OWN THEM ..The oil companys are owed over $8 billion in back costs from the KRG MNR and will never be paid what they are owed.

Between 2005 and 2014 the KRG never once contributed to the ICG (Iraq central government) budget with oil they produced and kept , oil they sold and smuggled, they kept the money
During that period the ICG Paid the Kurdistan Govermment around 15% of the budget and the KRG never contributed as the constitution states they must..This means for over 8 years the Kurd government took a free lunch at other regions of IRAQ expense who contribute to the ICG Budget.

In 2014 the KRG MNR was given a straight ultimatum, contribute or the budget will be cut, and this was because the KRG and Turks had built a spur pipeline off the main Iraq pipeleine to Ceyhan Turkey and were exporting oil keeping the proceeds and not paying anyone..That broke international law , as the pipeline tariff agreement bewteen Iraq and Turkey is governed by international law and the Iraq government lodged it with the courts in Paris France as it broke international law..The companys involved in the export of oil Turkish are all linked to the Turkish now president Erdogan and the KDP rogue leader Bazarni who as broke the Kurdistan Constitution by refusing to leave office after his two terms… All this time , the Oil compansy have not been paid by the KRG who have all the funds stashed in other countries and the United nations have made it clear all oil sales funds go through the DFI account in New York under united nations rules that the UN set up with the security council of the UN

Dana Gas of the ME region. OMV of Austria, MOL of Hungary, Pearl petroleum of the ME Region sevral court cases and arbitration against the Kurdistan Regional Goverment MNR for multi billions of $$$$$$ .. The Kurdistan regional government refuse to abide by the rulings, and the Courts and Arbitration have told the KRG MNR pay up what you owe..Maybe when an article like this is published a few facts would help…

All these are facts not hear say, and in the public domain if you look

This site is full of nothing but prog-commie propaganda. Keep donating to Hillary like it makes any difference WHO the prezzie will be. People around the world are seeing through sites like this one. Liberty is the future. Communism will NOT prevail.

Ken,Thanks for your prospective on the politically volatile relationship the Kurds are forced to deal with GOI. It will be interesting times to see how this plays out. Its definitely a high stakes game that will directly or indirectly effect the price of oil.