What is a super PAC? Only 40% of Americans know the answer, according to a 2012 Washington Post/Pew Research poll.

But super PACs (political action committees) play an ever-increasing role in U.S. politics. In 2010 - the first election cycle year that super PACs were officially active - there were 83. They spent a total of $62.6 million on campaign communication costs such as independent expenditures - which are made without a candidate's influence.

Just four years later, the number of super PACs increased 16-fold to over 1,000, and their spending increased more than five times to $345.12 million.

So if you are one of the millions of Americans who want to answer "what is a super PAC?" you're not alone. And we're going to clear everything up for you right now...

Everything You Need to Know About Super PACs

A super PAC, also known as an "independent expenditure-only committee," is a tool to make political donations. The money generated by super PACs is typically used to create and launch ads to either oppose or support a particular candidate. 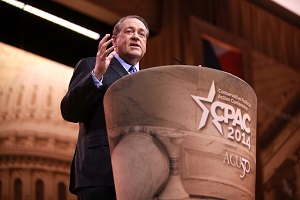 For example, in 2014, a super PAC named "If He Votes Like That in Salem" was developed singularly to oppose Oregon-based Republican Jason Conger in his bid for a U.S. Senate seat. "IHVLTIS" reported the following independent expenditures, communications costs, and coordinated expenses as of May 2015:

Super PACs are relatively new entities that came about in July 2010. They are like a traditional PAC (political action committee), but importantly, they don't have as many restrictions...

PACs came about in 1944 and were formed to represent the political interests of particular groups, such as labor unions, businesses, or a consortium of people who shared ideological beliefs. While PACs could support a candidate or a cause, they could only do so under the heavily regulated eye of campaign finance law.

For instance, the amount of money PACs can give per election - meaning a primary, general, or special election - is capped at $5,000 per candidate. Additionally, PACs can give no more than $15,000 each year to an entire national party. And when it comes to actually raising the money they can use to contribute to candidates or political parties, PACs face limitations: Individuals can give no more than $5,000 per year to a PAC; corporations, unions, and associations can donate nothing.

Part 3: The Creation of Super PACs

First, the ruling in the Citizens United v. Federal Election Commission allowed unlimited corporate and union spending on elections. These corporations, unions, and associations could pay for independent expenditures by way of their own general treasuries.

Second, a week following the Citizens United ruling, a decision was made in the McCutcheon v. FEC case. The high court struck down Watergate-era limits on campaign contributions. This made all contribution limits unconstitutional.

Here's what Chief Justice Roberts said in the majority opinion: "There is no right more basic in our democracy than the right to participate in electing our political leaders. We have made clear that Congress may not regulate contributions simply to reduce the amount of money in politics, or to restrict the political participation of some in order to enhance the relative influence of others."

Justice Stevens wrote a Citizens United dissent: "A democracy cannot function effectively when its constituent members believe laws are being bought and sold." And Justice Breyer said in a McCutcheon dissent: "If Citizens United opened a door, today's decision, we fear, will open a floodgate."

Combined, these two rulings - unlimited spending coupled with corporate participation in the election process - paved the way for the creation of what is known today as the super PAC.

And, while there are two restrictions on super PACs that can prove difficult for the businesses and politicians involved, there are also ways around them.

One restriction is there can be absolutely no coordination of activities between the super PAC and a politician and his campaign. In other words, a politician cannot request that a super PAC raising money for his campaign dole out funds in any specific way. He also cannot explicitly state his wants and needs to members of the super PAC.

But candidates can skirt this restriction. For example, while candidates can't communicate directly with super PAC organizers, they can speak to a group of donors at a fund-raising event, so long as they leave the gathering before any planning or coordinating occurs.

Another restriction is super PACs are required to make the names of their donors public.

Unless, that is, they are established as a nonprofit organization. Then they're free to collect and spend freely on political activities without having to disclose their donors.

These loopholes have already proved an important part of campaigning for the 2016 presidential race -- take a look at what former Florida Gov. Jeb Bush did, here...

And super PACs will continue to show their influence. As of May 5, 2015 (the latest available data), 1,360 groups have organized and registered as active super PACs. They've reported total receipts of $696,011,919... and counting.

And the Award Goes To... Conservative billionaire brothers Charles and David Koch have begun to vet GOP nominees for the 2016 presidential race - and there's a huge incentive to find favor with these donors... to the tune of $889 million. Here are the nominees who are vying for these brothers' massive fortune...

*All data obtained from OpenSecrets.org.