In the small hours of the morning of July 16, Athens time, the Greek parliament passed a tough set of reforms as the price for another European bailout. The aftershocks of this will be felt throughout the energy sector.

However, even this tough pill is not likely to be enough. The International Monetary Fund (IMF) reported on Monday, July 13, that Greece may not pull through without an absolute reduction in the debt owed. Germany has already bristled over the prospect of a creditor "haircut," and the prospects of another round of negotiations has everybody fit to be tied on both sides of the conversation. 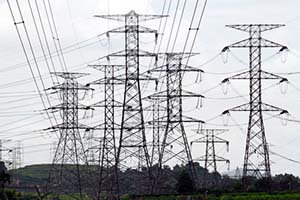 Whether European creditors like it or not, to avoid contagion to the rest of Europe, we will need a contemporary version of the Brady Bonds that allowed emerging market (mainly Latin American) countries to refinance defaulted debt some four decades ago.

What happens next will fill the streets of Greek cities with angry citizens who voted a resounding "No" barely two weeks ago only to be force-fed an even less palatable "Yes" by their own government. The deal passed only because oppositional pro-Europe parties voted in favor of it. But the pact is even more onerous than the package of widely unpopular reforms rejected in the referendum.

It will also leave Prime Minister Alexis Tsipras and his ruling Syriza party without a majority in the legislature, virtually guaranteeing early elections and more political disarray. Some sort of national united front will emerge to govern, but the next several years are likely to be lean ones.

There are three major effects from this Greek drama that will affect the energy market.

Here's my take on these aftershocks…

Some sectors of the Greek economy will undergo a managed contraction, assuming, of course, that the government actually honors the agreement made and the package passed on July 16. Previous action (or, more properly, inaction) consistently put forward over the past five years makes compliance more than a passing concern. However, our primary investment interest – energy – is going to have some benefits coming.

First, the bailout package will provide relief on the wider European credit market. Should Greece have defaulted, it would have resulted in an elevation of interest rates, with high yield (i.e., "junk") bonds rising faster than investment-grade debt.

Energy debt in general, and oil/natural gas production debt in particular, occupies the higher end of the junk bond market. That means the spread between interest rates would widen, with energy credit taking the brunt of that cost.

Now, the problem with energy debt is continuing even without a Greek enticement. But at least an immediate catalyst to an even worse situation is avoided. Companies are still going to be added to the prime M&A target list, and projects will still be delayed. However, there will not be a feeding frenzy…