Just how much money does the Vatican have? The Church's mysterious gold holdings have long been a source of debate.

And the truth of the matter is that nobody knows for sure.

There are a couple of reasons for this uncertainty…

First, the Vatican Bank has been the center of embezzlement and fraud scandals for years, making it difficult to get an accurate count of what, precisely, the bank is holding in terms of cash flow.

And second, in some countries (America among them), religious groups aren't required to release financial statements. This is why much of the Vatican's gold is allegedly kept here in the United States, at Fort Knox. 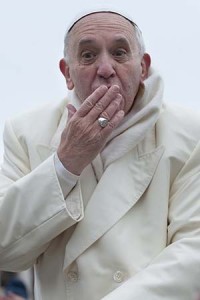 Pope Francis fired his entire financial board on June 5, 2014.

How Much Money Does the Vatican Have: What We Do Know

While these numbers may not seem like much in the way of information transparency from such a large and reputedly mysterious institution, until a few years ago, not even these kinds of cut-and-dry statements were available to the public.

However, upon his succession as Pope Emeritus Benedict XVI's replacement (who resigned in the wake of a scandal involving leaked documents and money transfers to America to pay for priests' sex abuse trials), Pope Francis set about establishing widespread fiscal reform. A June 5, 2014, article in The Boston Globe outlined the pontiff's effort to internationalize the Vatican's financial management by firing its all-Italian Vatican Financial Information Authority Board. He immediately replaced the officials with representatives from Singapore, Switzerland, Italy, and the United States.

This marked a turning point in what was called Pope Francis' "honesty and transparency" campaign – a campaign that wasn't taken seriously until this point.

But with the officials' termination, people began to take heed of Francis' actions. The pontiff also made the bank's financial, transfer, and operational statements public. According to a May 29, 2015, article in Reuters, for the fiscal year 2014, the Vatican Bank reported about $76 million in net profit – more than 20 times the $3.16 million reported for the previous year.

If It Ain't Broke, George Soros Will Break It: Billionaire George Soros has a lot of money. His 2014 earnings came in at $1.2 billion, landing Soros the No. 2 spot on Forbes' list of the highest-earning hedge fund managers and traders. But way back in '92, this billionaire managed to break the Bank of England. Here's how he did it with his ruthless willpower alone…

Why are you asking about the financials of the Vatican? You should be telling us which states sell the most war materials.

the church keeps asking for more and more money . I just want to were my money goes

Jesus used a stone as a pillow, but the pope sits on a gilded chair.

Jesus tells us to call no man father, but pope translates as papa.

Jesus tells us not to make any graven image and bow down to it, but the pope bows down and prays to a statue of baby Jesus.

The Vatican , the Governments of the world, the multicorporations, its all a worry, remember money is the root of all evil? Edward Scott.

The income disparity in the world today is a total disgrace and sinful to the hilt. So sad

Nobody will ever know!
See how much of that money Vatican has donated to fight covid-19's plague of our days. ( march, 2020) while Italy being one of the most affected countries,Vatican just donated 100 thousands Euros for medicines and stuff.