Even before digital currency landed on the public's radar in 2013, people have been asking, "Is Bitcoin a Ponzi scheme?"

Many of Bitcoin's critics are convinced the answer is yes. Look at the comments section of almost any online story about Bitcoin and you'll see at least one self-appointed expert declaring Bitcoin a Ponzi scheme. 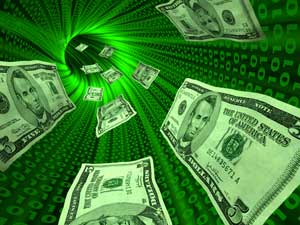 They're not alone, though. A fair number of financial pundits and bona fide financial experts periodically denounce the digital currency as a Ponzi scheme. Even institutions have chimed in.

Back in 2012, none other than the European Central Bank put out a study that called Bitcoin a Ponzi scheme. Since then, the ECB has only backed off a little. Earlier this year, a new report said Bitcoin is "inherently unstable" and ripped cryptocurrencies in general as "scamcoins."

The collapse of the Mt. Gox Bitcoin exchange in February 2014 had many announcing that not only was Bitcoin a Ponzi scheme, but that it was finished.

One of the harshest critics at that time was Bruce Richards, CEO of Marathon Asset Management, in an appearance on Bloomberg Television's "Market Makers" program.

"I think it's a Ponzi scheme, I think it's a fraud," Richards said. "I believe that Bitcoin will not have a legitimate place in history as a currency."

But while Bitcoin survived the Mt. Gox debacle and has continued to draw Wall Street interest and venture capital at an increasing rate, many remain unconvinced.

Like Washington Post reporter Matt O'Brien, who has written not one but two articles this year denouncing Bitcoin as a Ponzi scheme.

Making matters worse is that some bad actors have used Bitcoin to perpetrate real Ponzi schemes. In particular, Bitcoin cloud mining is overrun with fraudulent operators.

But there have been more conventional cases as well, such as New York-based Bitcoin Savings & Trust. In November, BS&T operator Tendon Shavers was arrested and charged with fraud for allegedly taking thousands of investors' bitcoins for himself, as well as paying off early investors with bitcoins from later investors.

And yet such activity is no different than Ponzi schemes and fraud committed using U.S. dollars. In other words, while Bitcoin can be used in a Ponzi scheme, the digital currency itself is not a Ponzi scheme.

Many say ponzi scheme, the thing is… If you are to ask them about the blockchain, and suggest they go into detail, those suggesting Bitcoin is a ponzi really cannot tell you anything about Bitcoin, they are looking at it as a single idea.

I encourage people to actually examine the technology behind Bitcoin, the platform as a whole, and the wide potential behind it. Because the "ponzi" claimers have yet to acknowledge the benefits, at all… They do not understand what cryptographic verifications are, and they refuse to acknowledge the potential of timestamped verifications and well, the thousands of innovations that are really changing the world, solely due to Bitcoin.

To call it a ponzi basically suggests you do not understand, or lack the willingness to learn about the concept as a whole.

Well the "bitcoin is a ponzi scheme" line seems to be more term of random abuse than analysis. Bearing in mind the original ponzi scheme was in US dollars.

Most of these articles seem to be click bait. Hey I fell for it too….

This really is not up for discussion or even speculation. You journalist need to hire up one of your geeky math and computer programmer friends and examine the protocol and underlining software that makes up what a Bitcoin is!! Had you done this you would completely understand what a Bitcoin is and how it is created and the mathematical and crypto properties that define it.

So basically, no, it is not a ponzi scheme. Just understand the code.