That's because the Apple stock price's drop is due to unrealistic Wall Street expectations. 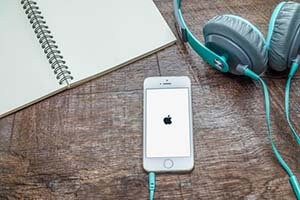 During the Q3 earnings report on July 22, company officials announced that Apple sold 47.5 million iPhones in the quarter. That fell below the consensus estimate of 48.8 million.  Some even more bullish estimates put sales in the 52 million to 53 million range.

While iPhone sales fell short of expectations, both EPS and revenue beat estimates. EPS came in at $1.85, which topped a projection of $1.81. Revenue of $49.6 billion beat the $49.4 billion estimate.

Those weren't the only bullish figures. Apple reported that revenue in China grew 112%, with iPhone sales growing 87% there.

AAPL's cash pile also grew to $203 billion, even as the company returned $13 billion to shareholders.

Why Our Apple Stock Price Forecast Calls for Big Gains Ahead