U.S. President Barack Obama shocked when he announced on Thursday he will keep a larger military presence in Afghanistan than he'd planned. Originally, Obama stated only 1,000 soldiers would remain there by the time he left office. The backtrack sparked hot debate among Dems and their Republican counterparts... 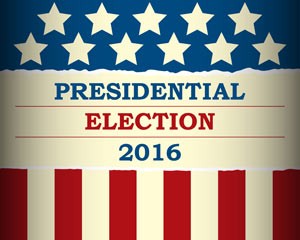 You see, the cost of war has been increasingly in the spotlight as the 2016 presidential election heats up. According to the most recent poll (released by Quinnipiac University on July 28), five out of the nine most important issues voters say will decide their vote in the 2016 general election are tied to American war spending:

Now, whether you're for or against war spending, we can agree wars are expensive. As of April this year, the U.S. federal government had spent or obligated a combined $4.4 trillion on the wars in Iraq, Afghanistan, and Pakistan, according to the Watson Institute. That figure includes Congressional war appropriations, war-related increases to the Pentagon and Homeland Security budgets, veteran care, foreign assistance, and interest payments on direct war borrowing.

Post-9/11 conflicts have proven to be among the most expensive wars in U.S. history. Five years ago, the Library of Congress issued a Congressional Research Service report that calculated the cost of each major American war since the country was founded on July 4, 1776.

Library of Congress Defense Policy and Budgets Specialist Stephen Daggett presented each cost of war figure in the CRS report in inflation-adjusted dollars. He also calculated the war cost's percentage of Gross Domestic Product (GDP) during the peak year of each conflict.

According to that report - which only took into account figures through 2010 - post-9/11 wars, combined, are the second most expensive in U.S. history.

Here's a look at the cost of each major American war, adjusted for inflation, according to Daggett's report...

Cost of War for Every Major U.S. Conflict