The House of Representatives just voted to approve a budget deal to raise the U.S. debt ceiling. And buried in this last-minute accord designed to save us from another government shutdown is a provision to sell oil from the Strategic Petroleum Reserve (SPR).

The sales are not scheduled to begin until 2018 and run through 2025. In all, 58 million barrels will be sold – starting with an annual amount of 5 million and then doubling per year beginning in 2023.

In the past, the SPR volume was sold off to offset regional domestic shortages in distillate products or, more rarely, tried in an attempt to influence a price reduction when oil was well above $100 a barrel.

The former has not been a consistent policy and the latter (influencing prices) was a dismal failure.

Today, SPR volume is on the selling block for a very different reason.

So why is the United States going to put this oil up for sale now, when domestic producers are under pressure? 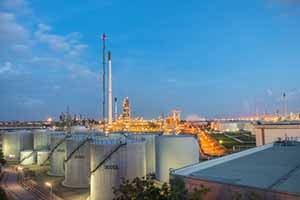 The SPR was set up after the 1973-1974 Arab oil embargo against the United States as a national security matter. In those days (and until a few years ago), America was increasingly dependent upon imports of crude. An embargo by primary providers could have had a serious impact on the economy and even, some would say, the nation's security.

However, fears over an embargo are now history. For one thing, producers need to sell their oil to meet pressing domestic requirements at home. Never again will oil be used as a weapon to pressure the United States.

These days, the shale and tight oil revolution in North America has significantly altered where the United States will be getting its primary supply. It will be coming from our own backyard, with Canada as the main "foreign" contributor.

That massive transition in oil supply is already well under way. Oil imports are currently down almost 40% from where they were only a few years ago. Prospects are now strong that both the United States and Canada will be energy independent within the next decade.

Even OPEC planners are assuming that well before 2050, no member of the cartel will be selling America a single barrel of oil. In fact, that was the assumption even before the rise of shale. Then, OPEC assumed high crude prices would encourage the United States to invest in alternative and renewable energies, along with an array of new energy efficiency technologies.

Imports are certainly continuing. But unusual spot increases in what is still coming into the country are largely the result of end users (primarily refineries) playing short-term pricing variations.

The Sell-Off Will Be Good for Consumers, Bad for Producers