Here in the energy sector, the other shoe has just dropped. Natural gas prices have now declined to their lowest point since 2012.

This weakness, combined with another bout of lower crude oil prices, is putting pressure on energy producers. And the industry is struggling under a mountain of debt taken on by U.S. producers when prices were soaring.

But in any shakeout like the one under way, there are always investment opportunities.

And I've identified two specific ways you can profit despite the lows we're seeing right now for oil and gas.

Here's my take on what's affecting the markets today... and the two ways to play the current low prices to your advantage...

How the Energy Debt Crisis Affects the Market 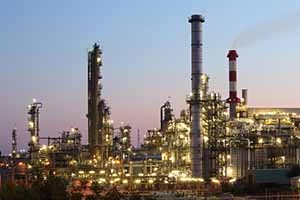 I have discussed the primary pressures colliding in the energy markets before in Oil & Energy Investor.

Most oil and gas producers have operated cash poor for most of the past decade. Prior to the decline in commodity prices, most companies would regularly finance forward capital expenses by floating debt. Cash receipts, on the other hand, would be reserved for dividends and (in the case of publicly traded enterprises) stock buybacks.

This was quite sustainable while oil was going for $80 a barrel and natural gas was pushing $12 per 1,000 cubic feet and higher. Debt was quite obtainable at reasonable rates, despite it being usually categorized as the least graded high-risk (i.e., "junk") part of the bond market.

However, these days, with oil at $45 a barrel and gas hitting $2, the prospects for a number of companies are becoming desperate. We are already into a cycle of mergers and acquisitions, with new versions of vertically integrated corporate structures occupying the spaces among upstream production, midstream transport/storage, and downstream processing/distribution.

Other companies are in the process of selling non-strategic assets to fend off creditors. That has opened up new opportunities for end users - refineries, pipeline holdings, and utilities - as well as competitors in the upstream space.

The Problem Will Get Worse Before It Gets Better

The debt situation will be getting worse before it improves, and that will leave a widening number of both private and traded producers in a vulnerable position. Until the end of the year, debt rollovers will become increasingly more expensive and difficult to obtain.

Some of the effects are already apparent. The significant pullback in forward capital commitments for new well projects has hit the more expensive part of the production curve hard.

This has initially centered about curtailing unconventional (shale and tight) oil and gas production requiring deeper, horizontal, fracked drilling. These wells are far more expensive than alternative vertical drilling. Despite the potential for a wider pay zone and enhanced volume, most of these projects cannot be justified at current market prices for either oil or gas.

The other major development has been a protracted (and continuing) decline in rig counts. Currently, the number of rigs in operation is 60% below the higher levels of only 12 to 18 months ago.

Curiously, the weekly decline no longer has a major impact on oil or natural gas prices. Those playing the commodity weakness as an opportunity to short raw materials or exercise other derivatives on futures pricing have been able to downplay the prospect of a lowering overall production level.

Of course, should that decline serve to buttress prices, it would require a quick covering of shorts to offset losses; these guys would actually have to work for a living via more conventional trading.

How to Find the Best Companies for Playing Oil and Gas