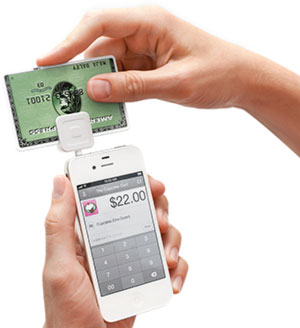 The Square IPO price range is $11 to $13 a share. The company has also announced it will list on the New York Stock Exchange with the ticker "SQ."

The deal is one of the most anticipated IPOs of 2015. Investors hope Square will revive the sluggish IPO market. There was only one tech deal last quarter - down 86% from the year-ago quarter.

With the Square IPO price range officially announced, here's everything you need to know about the deal - including whether or not you should buy Square stock when it starts trading...

When is the Square IPO date?

Shares of Square Inc. (NYSE: SQ) are expected to price during the week of Nov. 16. SQ stock will begin trading the day after the IPO prices.

How much money will the Square IPO raise?

According to Renaissance Capital, a manager of IPO-focused ETFs, Square will sell 27 million shares. At the high end of the Square IPO price range, the deal will raise $351 million.

Who are the Square IPO underwriters?

How much is Square worth?

Following the IPO, Square will be valued at $4.2 billion. That's much higher than the pre-IPO valuations of other 2015 tech deals, including Etsy Inc.'s (Nasdaq: ETSY) $1.8 billion and GoDaddy Inc.'s (NYSE: GDDY) $3 billion.

However, the Square IPO valuation is substantially lower than its latest round of private funding. In its final Series E investment, the company was valued at $6 billion. The company will need to price its shares at $15.50 - about 19% above the high end of the range - in order to achieve the $6 billion valuation private investors had expected.

What kind of company is Square?

Square is a financial tech startup founded in 2009 by Jack Dorsey and Jim McKelvey. The company provides a mobile payment service for phones and tablets. Its Square Reader software plugs into a standard headset jack and lets people take credit and debit card payments. Each Reader costs about $10.

The Square IPO will come less than two months after CEO Jack Dorsey became permanent CEO of Twitter Inc. (NYSE: TWTR). Dorsey will be dividing his time and attention between the two tech companies. His dual roles with his two "children" has left investors wondering if he'll be able to head two publicly traded companies.

"This may at times adversely affect [Dorsey's] ability to devote time, attention, and effort to Square," the Square IPO filing stated.

How much money does Square make? 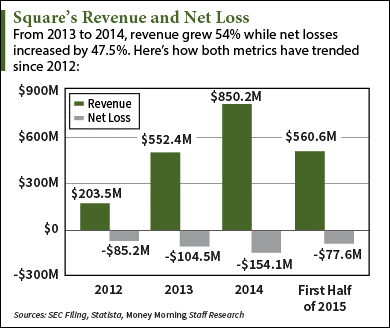 A large chunk of Square's revenue comes from its partnership with Starbucks Corp. (Nasdaq: SBUX). Back in 2013, all U.S. Starbucks locations started selling Square Readers and accepting payments from the Square Wallet payment app.

The company openly admitted in its IPO filing it may never achieve profitability.

"Our business has generated net losses, and we intend to continue to invest substantially in our business," the filing said. "Thus, we may not achieve or maintain profitability."

Now that we know everything about the Square IPO, the biggest question is...

Should I Buy Square Stock?

I have used square for the past 3 years and it is great. Quick access to my money, no paper work. Accurate.

square is the best i hope they make it big so they can continue to help small business.i have faith in square.

I have been using square for a few years now, great service and preferred payment method, but I think square has some head winds ahead since I think the transportation business is one of its major customers, and now with the growing Uber and Lyft phenomenon ( who process their own payments) taxi and limo drivers are processing half as much as they used to if not less. But square seem to always pull one out of their sleeves like Square capital loans to keep the business afloat.

…and the new $32 reader that every user must have now…that is if $32 contains any profit.

What do you and your readers think the stocks value will be in one year? No hedging on what if.