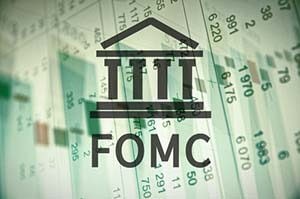 After the Fed interest rate hike on Dec. 16 (Wednesday), investors are anxious to know when the next rate hike will be.

Last week's quarter-percentage point (0.25%) Fed interest rate hike was the first for the U.S. Federal Reserve since June 2006. The Fed's vote to raise rates was unanimous, signaling its increased confidence in the U.S. economy.

At a press conference on Dec. 16, Fed Chairwoman Janet Yellen said the U.S. labor market and economic activity will continue to grow steadily in the following months.

As part of the decision, the Fed will increase the interest it pays on excess reserves held at the Fed to 0.5% from 0.25%. The Fed will also increase the interest it pays on overnight reverse repurchase agreements to 0.25% from 0.05%. These so-called "reverse repos" are when the Fed borrows money overnight from banks in exchange for its own Treasury securities. The policy tool helps to reduce the surplus money banks have on hand from quantitative easing.

The Fed's ultimate goal is to "normalize" its monetary policy, a strategy to remove its easy money accommodations slowly over time.

"The Fed can't normalize rates any time soon," said Gilani. "All they can do is raise rates a small amount and see what happens."

The Fed interest rate hike was based on economic indicators that it thinks will continue to improve in the future, such as the unemployment rate, job growth, and the inflation rate.

And if the economy stays stable after the Fed's initial interest rate hike, here's how the Fed will raise rates in 2016.