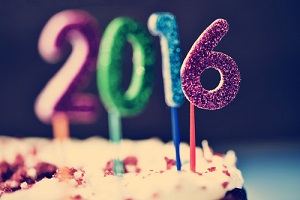 Money Morning Chief Investment Strategist Keith Fitz-Gerald has developed a strategy for how to invest during the volatility of 2016.

According to Fitz-Gerald, it's more important than ever to focus on his eight favorite market trends. That's because they'll make investors money even during periods of high volatility.

Even though the markets are volatile, Fitz-Gerald says the current bull market still has legs and could last another three years.

Since 1926, economic recoveries have lasted an average of 58 months. So, many could make the argument that the present expansion is past its prime at 78 months. However, three recoveries since 1981 have gone on for an average of 95 months, according to Kiplinger. And we have 36 more months to go before we match the nine-year bull market that started in October 1990 and generated returns of 546%.

Bumps in the road are likely along the way. But they should be seized as buying opportunities.

Fitz-Gerald says investors wondering how to invest now need to remain more focused on buying than selling. He points to last August's flash crash when volume was 5:1 in favor of buying for several days after the unnerving event. According to InvestTech CEO James Stack, stocks tend to rise an average of 24% over the following 12 months when we see that happen.

"Every major market disruption is an opportunity to pick up the best companies at a discount," Fitz-Gerald said. "It's emotionally tough, but that doesn't change the fact that 'buy low, sell high' is the best, most profitable, and secure path to profits."

For investors wondering how to invest in 2016, here are Fitz-Gerald's must-watch trends...

"Thieves have stolen more than 200 million charge accounts and personal information in the past 24 months," Fitz-Gerald said. "They will steal more."

"Taxes will rise, as will the real cost of everything," Fitz-Gerald said. "Our politicians, as usual, will be clueless to the consequences."

Startups have a lot to prove this year. In 2015, startups had no trouble raising funds. But amid some disappointing initial public offerings from several promising startups last year, like Etsy Inc. (Nasdaq: ETSY) and Box Inc. (NYSE: BOX), money will be tighter in 2016 even as startups race to get ahead of rivals.

"FOMO - the fear of missing out - will be replaced by NLYA - not losing your asteroids - on the next round of IPOs," Fitz-Gerald said.

Productivity growth remains slower than expected. The global economy will sputter along this year as China's slowdown prolongs a commodity slump and contractions endure in Brazil and Russia, according to the World Bank. The Washington-based development bank recently lowered its forecast for 2016 growth to 2.9%, down from a 3.3% projection in June.

"Pessimists will call for more stimulus, not knowing that makes matters worse," Fitz-Gerald said. "Still, they'll probably get it since no politician wants to fail on his or her watch."

China will not collapse, but its economic growth has slowed to the lowest level in a quarter century.

"The slowdown will change global business in two ways," Fitz-Gerald explained. "First, companies that overextended in China will collapse, and there will be a sharp rise in defaults. Second, there will be a fresh round of investment into China by Western companies doubling down."

"Nowcasting" has recently become popular in economics and will continue to grow in popularity and importance. In short, nowcasting is real-time forecasting.

"The practice of combining current data with forecasting will come into its own, speeding up corporate decision-making and profit-taking," Fitz-Gerald said.

Protracted low oil prices could lead to global fuel shortages in the future, the International Energy Agency has warned. While a boon for consumers, they could eventually trigger energy-security concerns and other jitters.

"Protracted low oil prices are wreaking havoc on overleveraged energy companies, leading the strongest to make exciting new investments... in each other," Fitz-Gerald says. "That will translate to strong growth when prices stabilize, and sooner than most expect.