Making millions in the stock market is simple - all you have to do is predict its direction.

Not necessarily. You can do it and make a fortune. I'll show you how right now...

While most of Wall Street and the world didn't see this global market sell-off coming, I did.

I predicted it, but not just in private to my clients and newsletter subscribers. 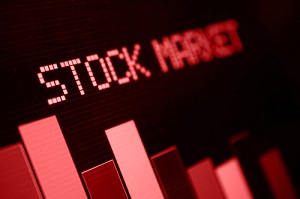 Over the last few months, I've sat on front of a global television audience on FOX Business not just once, but over and over, and made correct, exact predictions about the direction of the markets.

Here's how I made those predictions - and a ton of money being on the right side of different markets... and how you can, too.

A Look Back at My Market Sell-Off Predictions

On Aug. 19, right before the August 2015 global rout, with the Dow over 17,500, I predicted, "Global macro-economic issues are front and center and the most important one is China. The market can easily drop 20%." China tanked and markets dropped 10% a few days later.

On Dec. 9, with the Dow at 17,550 and rising, when "Varney & Co." host Stuart Varney asked me jokingly if the next sell-off I'd been predicting was over, I said, "I don't think the sell-off has even begun yet. Markets will try and rally through year-end; it will be time to sell everything in January." Stocks began their sell-off on the first trading day of January 2016 and haven't stopped tanking.

Since I began trading in the Chicago pits in 1982, I've pursued the right kind of work to make better predictions about stocks, bonds, commodities, and currencies.

In fact, I've made it my life's work.

From drawing simple support and resistance lines on bar graphs and papering my walls with hand-drawn point and figure charts back then, to designing and incorporating applied neural networks ("living" computer programs that "learn") that run linear equations drawn from chaotic financial data through probability density functions today, I've been honing the science of prediction.

Predicting Oil's Plunge Was a No-Brainer

Although my tools now are super-sophisticated, they stem from two basic premises...

First, trend lines define the big picture, which is always the most important view of anything when you're trying to predict direction.

Second, support and resistance levels delineate investor psychology through the prism of fear and greed.

Oil was easy to predict. From the fundamental side, supply has been overwhelming demand. That's not conjecture - it's been front-page news for a while now. We all know that American fracking and oil production from shale has been adding exponentially to supply dynamics. That alerted me to looking at oil as a play.

All you had to do was draw trend lines and support and resistance lines on your oil charts.

When oil broke down through its major, well-defined, up-trending channel, it was time to take a position and bet it would continue to drop.

By constantly drawing support and resistance levels as oil kept falling, it was easy to see every time prices couldn't get above resistance even after those levels continued to drop. At the same time, support levels that kept getting drawn lower and lower kept getting breached.

So it was a no-brainer to see fear was increasing. And with every break of new support, accompanied by unrelenting supply, oil had nowhere to go but down.

That's why I've been predicting that oil would go lower, and why we've been shorting oil for more than 18 months in my newsletter services.

Anatomy of a Stock Market Decline

The stock market drop was just as easy to predict.

After rising in a super well-defined, up-trending channel, stocks in the United States turned sideways, breaking the lower boundary of the market's up-trending channel marker. Just like oil, when the markets broke down through their major lower support channel trend line, they were likely headed lower.

Making the right call that stocks were headed lower was easy when in late July 2015, stocks broke the lower up-trending channel line that was their support. That was time to put on some shorts.

As soon as stocks got back up to almost 18,000 but couldn't get there or hold their gains, that level just below 18,000 (drawn backwards to the previous market highs in the middle of May 2015) became the top channel line of the new downtrend.

The markets couldn't get back to 18,000, which instantly became major resistance, and every time they tried to get back up there but couldn't, it became "another nail in the market's coffin," which is exactly what I said on "Varney & Co."

With new resistance established, support levels became obvious, based on where stocks periodically stalled in the past.

Approaching support levels at 17,500 - then 17,000 - was going to weigh on investors' fears, and breaking those support levels made predicting the market sell-off a no-brainer.

It sounds simple because it is. I get into a lot more detail in my weekly subscriber letters, but the basic tools I've always used, that you can and should use, made predicting the market's direction easy.

Not a lot has changed, unfortunately. In fact, things are getting worse.

We keep breaking support levels in oil and across all the market indexes.

Every previous support level that's been broken is now a resistance level for oil and stocks.

As long as oil and stocks stay in their down-trending channels and keep breaking lower support levels, the steeper this correction in oil, markets, commodities, and other asset classes is going to be.

Next week I'll give you the latest support and resistance levels for markets, including charts, so you get the big-picture view that makes predicting market moves easy.

More Market Mayhem Is Coming: In chaotic markets, there are up days and down days. But be wary of any rallies. More volatility is coming, and knowing how to discern a bounce from a head-fake is crucial to protecting your money...