It's going to be a volatile year for the market, as the Dow Jones has had its worst start to the year in history. The index fell 8.3% in the first 10 trading days.

Market volatility means less demand for newly issued stocks - which will hurt 2016 IPOs. That's what hurt the IPO market in 2015. The Dow's 6.6% plunge in August scared off private companies planning to go public and caused 17 IPO withdrawals during the third quarter - the most for that quarter since 2012. 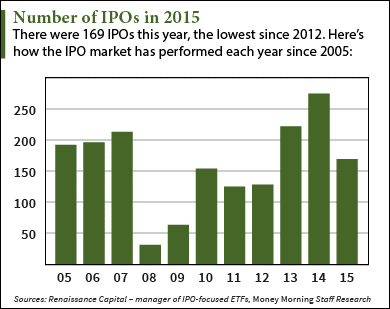 Compared to 2014's blockbuster year, the overall 2015 IPO market was a huge disappointment for investors. Only 169 companies went public last year and raised a combined $30 billion in proceeds. That's the lowest amount of annual IPO proceeds since 2009.

While about 58% of 2015's IPOs trade below their offer price, a number of new stocks profited through the volatility. Popular companies like GoDaddy Inc. (NYSE: GDDY) and Shake Shack Inc. (NYSE: SHAK) are up 46% and 52.7% from their respective IPO prices last year.

Just like last year, not all of 2016's new issues will flop. That's why we're tracking these five major 2016 IPOs. Even if the markets are volatile, these new issues all have the chance to reward investors and outperform the markets in 2016... 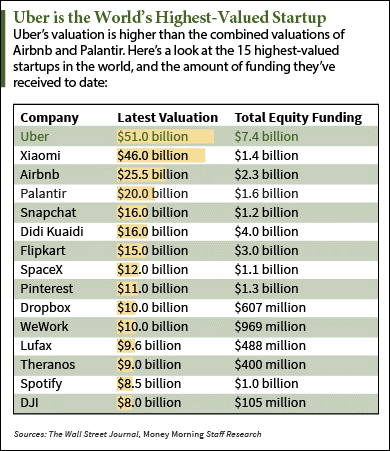 Although no date has been announced yet, the Uber IPO will be the most anticipated deal of 2016. That's because the company's sky-high valuation is unprecedented when it comes to startups.

At $51 billion, Uber is the highest-valued private company in the world. The mobile taxi service has raised $7.4 billion over 13 rounds of funding. It's currently seeking $2.1 billion in its latest round, which would value the company at $62.5 billion.

Uber's major appeal to investors is it's disruption of an untouched market. The taxi industry has operated for years with relatively few changes and competitors. Now, Uber offers an easily available third option between hailing a cab and paying exorbitant prices for a private car service.

While the company doesn't release financials, it's expected to hit an annual revenue of $10 billion by the end of 2015. According to a 2014 report by The New York Times, Uber could potentially bring in $1 billion in annual revenue if it successfully takes over 50% of the U.S. taxi industry.

Because it has raised a whopping $7.4 billion in private funding, company officials have been able to put off the Uber IPO until 2016. It's currently in the process of raising $2.1 billion in its 13th financing round.

Pinterest is a scrapbooking site where users can manage topical "pins" through collections called "pinboards." Most pinboards focus on fashion, cooking, and child-related activities. The site commands a strong female demographic, with comScore reporting nearly 70% of Pinterest's 100 million monthly users are women.

The company has seen incredibly strong funding growth. Over the company's seven disclosed rounds, its funding has seen an average growth rate of 138% each round. It has raised $1.3 billion in total equity funding and is valued at $11 billion.

But Pinterest is one of many tech companies with an unrealistically high valuation. The only way these firms can keep their valuations from getting slashed is by never actually filing for an IPO.

A recent example is Square Inc. (NYSE: SQ). After the company filed back in October, its valuation became $4.2 billion. That's a significant drop from the $6 billion valuation it received during its last round of funding.

Pinterest is even more susceptible to a valuation cut due to its small revenue stream. The Wall Street Journal reported the company brought in less than $25 million in 2014. The company's valuation is 44 times that amount.

The success of the Pinterest IPO will depend on whether or not investors and issuers are willing to lower their expectations. 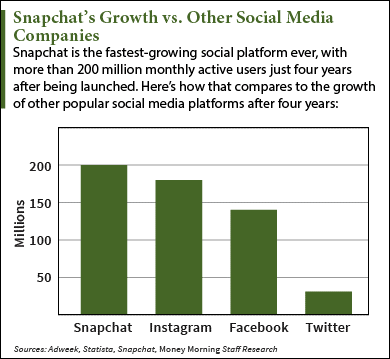 In May 2015, Snapchat Inc. CEO Evan Spiegel announced he intends to take his company public. Although he didn't offer many specifics for the Snapchat IPO date, it was the first time any company official mentioned going public.

First launched in 2011, Snapchat has since become one of the fastest-growing social media platforms ever. It currently has more than 200 million monthly active users (MAUs). That's 43% more than Facebook's MAUs four years after its launch.

Although Snapchat hasn't turned a profit yet, the company just launched in October a new advertising format that will put it on track for $100 million a year. Called "Sponsored Lenses," it allows users to add different animated filters to pictures or videos of themselves.

These filters give companies an outlet for advertising. For example, 20th Century Fox allowed animated selfie features with characters from the studio's upcoming "The Peanuts Movie." Users could add animated characters like Woodstock and Snoopy to their picture messages.

Snapchat's challenge moving forward will be building these new sources of advertising revenue. Investors will also be looking for it to turn a profit sometime soon, which is the biggest challenge for social media companies before going public.

Saudi Aramco - the most valuable and secretive company in the world - is considering going public in 2016.

According to a Jan. 6 report by The Economist, a Saudi Aramco IPO is being considered by the kingdom of Saudi Arabia. Formally known as the Saudi Arabian Oil Co., the state-owned oil behemoth known for keeping its revenue and other financials under wraps announced it's going over plans to sell a stake in the company.

Saudi Aramco has dominated the global oil industry for over 70 years. It produces more than 10% of the world's total oil supply every day. In 2014, the company stated it owns 261 billion barrels of crude oil reserves. That dwarfs the 14 billion barrels owned by Exxon Mobil Corp. (NYSE: XOM) - the largest non-state-owned oil company in the world. 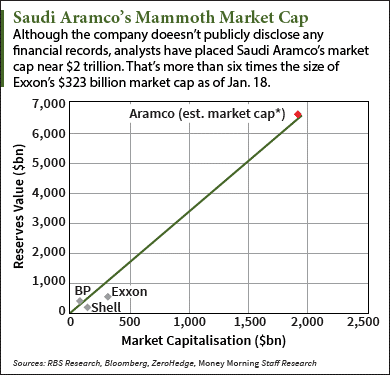 A Saudi Aramco IPO of even a small slice of the company could raise billions of dollars in proceeds. It could also possibly become the largest IPO of all time. After all, analysts from RBS Research and Bloomberg estimate Saudi Aramco would command a $2 trillion market cap after going public. That's about 535% more than Exxon's market cap.

The massive proceeds from the IPO will be used to pay off the Saudi government's mounting budget deficit. Since oil accounts for nearly 80% of the country's total exports, Saudi Arabia reported a fiscal deficit of $98 billion last year due to the 44% drop in oil prices.

With a current budget deficit of roughly $87 billion, the Saudi government is desperate to climb out of its hole of debt. Selling a stake of its crown jewel to the public is an easy way to infuse money into the country's struggling economy.

Its name may not resonate in the United States, but Xiaomi Inc. is known around the world as the "Apple of China." That's because it's the third-largest provider of smartphones in the world behind Apple Inc. (Nasdaq: AAPL) and Samsung.

But the Chinese smartphone giant has had a rough year as it struggles to meet sales expectations.

There's also a question about Xiaomi's profitability. The company sells many of its devices near their break-even point, or cost of production. The average device sold by Xiaomi retails at about $150. Apple's iPhones retail for as much as $600 each in the United States.

The company plans to go public sometime in 2016, but no official Xiaomi IPO date has been set yet. While the size of the deal is unknown, the company is valued at $46 billion.

Although few Americans know about Xiaomi, a U.S. IPO would be a big story due to the recent performance of Chinese stocks. Alibaba and Baidu Inc. (Nasdaq ADR: BIDU) - China's largest Internet search company - have gained 22.7% and 32.4% in the last three months, respectively.

A debut of Xiaomi stock in 2016 would be welcomed by investors looking to play the growing Chinese market. It's unclear whether Xiaomi will debut in the United States or China, but the recent success of Chinese companies on U.S. markets could influence that decision.