Not many investors know it, but the U.S. stock market is not the biggest market in the world. Not by a long shot.

While roughly 6,500 stocks trade on American exchanges, the corporate bond market is 30 times bigger, with more than 200,000 taxable securities.

Also, the bond market is worth $40 trillion - more than twice the market cap of the New York Stock Exchange... and almost six times the value of the Nasdaq.

The bond market is so gargantuan because fixed-income securities - bonds - are by far the largest source of cash for corporations.

So you might be shocked to learn that despite playing such an indispensable role in the modern economy, the bond market is woefully out of date in how it operates.

In fact, the bond market doesn't even make use of electronic exchanges.

That's one reason why that $40 trillion market is ripe for disruption.

And where you find disruption... you find opportunities for fast profits.

Today I'm going to introduce you to a high-tech powerhouse that's leading the bond market out of its horse-and-buggy past and into the connected, digital age.

And I'll show you how to double your money with it... 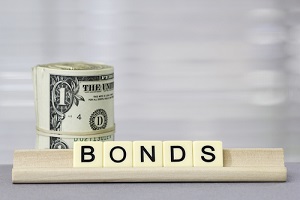 If you're a tech investor like me, odds are good you trade online.

You like how quickly you can execute a trade and value how easy it is for you to know the exact fees you'll have to pay.

Your online platform is able to operate so quickly and so transparently because all of the trades placed there are "settled" by way of high-speed, centralized, digital systems.

Not so with corporate bonds.

In fact, bond traders still place the vast majority of their orders by phone, like they did when the Beatles were still a band.

The reason orders are still processed "the old-fashioned way" is that Wall Street wants it that way. The lack of transparency that's built into the old system gives the fat cats a way to lock in fat profits.

The company is the brainchild of Richard McVey, who formerly ran bond trading operations for JPMorgan Chase & Co. (NYSE: JPM). McVey realized that the business of bond trading was ready to enter the electronic age.

In 2000, he moved quickly to establish an electronic clearinghouse for bonds and, with a bit of seed funding, launched MarketAxess.

The business grew slowly before taking off in 2009. It was then that the financial crisis ended and companies raced to issue more and more debt, taking advantage of ultra-low interest rates to fund acquisitions, buybacks, and growth plans.

Greenwich Associates says the number of investors trading at least some of their bonds electronically has risen 70% since 2009.

Even cash-rich firms like Apple Inc. (Nasdaq: AAPL) have embraced the bond market of late. Up until 2013, the company shunned borrowing. Today, the Silicon Valley leader has $64 billion in debt on its books.

It's no surprise that corporations and other investors who operate so frequently in the bond market would come to demand an easy way to buy, sell, and manage all those securities.

The obvious solution? A broad and deep electronic marketplace.

Capitalizing on that growth trend, MarketAxess now handles more than 20% of all bond trades made every day (excluding trades made between the large investment banks that trade with each other).

The company has a six-percentage-point lead over its closest rival, JPMorgan, and has begun to widen that lead in recent quarters.

MarketAxess' business is so simple and straightforward, you'll be amazed nobody came up with this idea before.

Here's How It Works

Say you work at Fidelity Investments or T. Rowe Price and want to sell a $1 million bond. You simply put it up for sale on MarketAxess' trading platform, and in just a few minutes, a dozen offers appear.

Not only can you choose the best price from a field of buyers, but you'll also pay a fraction of traditional trading fees.

MarketAxess takes just two basis points (0.02%) of the value of the bond in commission. On a typical $1 million bond, a trader can save $1,000 in the form of lower commissions and lower trading spreads.

Over thousands of trades worth billions of dollars, those savings add up fast.

Still, MarketAxess has had to focus on the market of smaller bond traders that typically buy and sell bonds worth up to $5 million. Bonds worth more than that are mostly still traded over the telephone, as the big traders are wary of telegraphing their moves to the open market.

But even this practice is about to be upended...

In 2013, MarketAxess launched a joint venture with BlackRock Inc. (NYSE: BLK) called Open Trading. It's a larger electronic marketplace that provides the anonymity that the large traders crave.

Analysts note the alliance has more than doubled MarketAxess' total addressable market to about $15.4 trillion.

MarketAxess' McVey has just led his firm to the seventh straight year of double-digit revenue growth. Analysts note that per-share profits in 2015 likely grew about 30% to around $2.50.

And in many ways, this tech leader is just getting started. Consider that roughly two-thirds of bonds are still traded the old-fashioned way.

With a market cap of $4 billion, the stock trades at $106.25 a share. It's a lean operation with operating margins of nearly 49%, just short of double that of Alphabet Inc. (Nasdaq: GOOGL).

The stock is up more than 67% over the past two years, or more than 12 times that of the gains of the S&P 500 Index during the period.

Over the past three years, the company has grown its earnings per share by an average 19%. That means earnings are doubling a little more than every three-and-a-half years.

Because price appreciation tends to follow earnings, we could see the price double in roughly the same time frame. Even if we saw half that amount, a 50% return is likely to be much larger than what the broader market will yield.

In other words, MarketAxess is a great high-tech play on Wall Street's changing of the bond market guard.

This is a quality stock that you can count on to provide plenty of growth in the years ahead and improve the value of your portfolio.

Four Tech IPOs Wall Street's Overlooking: The 2015 IPO market was hugely disappointing, but all those postponed stock debuts mean we're due for an IPO turnaround. And these four fast-growing companies are almost certain to go public in 2016. They're not on Wall Street's radar, but now they'll be on yours...