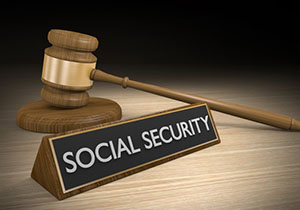 While it went virtually unnoticed, Section 831 of the House's new budget bill could radically change your Social Security benefits as soon as May 1.

This change will affect the benefits that as many as 21.3 million Americans could be eligible for, instantly.

It could change your chosen retirement date.

It could change the way you vacation.

It could change your entire financial future...

According to Larry Kotlikoff, former member of President Reagan's Council of Economic Advisors, "No retiree will ever again be able to feel their Social Security benefits are safe from some backroom, midnight, rushed change in rules that are designed to meet some budget target or accommodate some politician's whims."

For the past three years, Kotlikoff has laser-focused his academic studies on how we can best fix the U.S. Social Security program, answering questions on a weekly basis in op-eds for PBS.  That's in addition to his "day jobs" as Professor of Economics at Boston University and other distinguished positions.

On Nov. 2, Congress and President Obama quietly signed into law a bill that will cut pensioners' Social Security benefits. According to Kotlikoff, "the final version of the bill was, it seems, put together over a very short period of time though some such plan was vaguely mentioned in the President's budget as submitted last winter."

There have been no public hearings and no public debate. And these changes will come to bear starting in less than two months -- on May 1.

That's why the economist published an incendiary column entitled, "This Is Not How You Fix Social Security," the very day President Obama approved the cloak-and-dagger changes to Social Security that Congress wrapped into the House 2015 Budget. Therein, he stated, "I think both [the President] and members of Congress will find they have opened a hornet's nest and will rue the day they changed Social Security provisions with a hatchet rather than a scalpel."

Here, Kotlikoff breaks down important features of Section 831 that people haven't caught onto quite yet...

Kotlikoff: These Are the Changes to Social Security Benefits

Social Security Benefit Change No. 1: "The budget deal gives each of us 180 days from the date of signing (today) to file and suspend our retirement benefit. But you can't file and suspend until you reach full retirement age, which is now 66. So only those that are within six months of their 66th birthday can still file and suspend. If you were born even one hour too late, too bad."

Social Security Benefit Change No. 2: "...[T]he budget deal has introduced two new types of 'notch' babies -- those that are a day shy of reaching age 66 in 180 days and those that are a day shy of becoming 62 this year. The difference can mean that two people that were born a day apart can end up receiving, all else equal, benefits that are up to $60,000 different. This strikes me as grossly unfair."

Read our own analysis to find out more on these two Section 831 features, plus ten others, that are about to change your Social Security benefits -- and how you can do something about it before May 1 --  here...

This would never have been a problem if the executive and legislative branches of this country hadn't been dipping in "generously" to pay for their damned wars! Is it any wonder people feel let down and deflated by our government, because our government keeps letting us down!

We will be so much better off after the election and the present regiem departs.

For these of you who think things will change for the better when Obama leaves off is are greatly mistakened. I predict that things will get worse. Unemployment will rise. Racism and hatred towards blacks, Muslims and all who don't think like these demonic Christians. The opening will show his true colors as a demented fool and the Israelis will destroy the palistanians with the help of Russia and America. There will be a rapture ilng before things will get better.