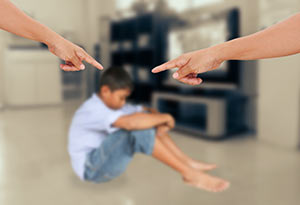 And it wants U.S. educators to act as its informants.

In an unclassified document just released in January, the FBI's Office of Partner Engagement revealed a new agency initiative based on Britain's "anti-terror" mass surveillance program. It, in pertinent part, requests that high school educators across the country inform on students who express "anti-government" or "anarchist" political beliefs.

"High school students are ideal targets for recruitment by violent extremists seeking support for their radical ideologies, foreign fighter networks, or conducting acts of targeted violence within our borders," the FBI document reads. "High schools must remain vigilant in educating their students about catalysts that drive violent extremism and the potential consequences of embracing extremist messaging, or facilitate intervention activities."

This includes immediately reporting a student to the authorities "if a youth's intentions are conducting a violent act."

Educators are to observe and assess "concerning behaviors and communications" that hint toward "extremist ideologies" that are anti-government.

Interestingly, included in what the FBI considers "extremist ideologies" are behaviors that suggest libertarianism and constitutionalism…

The agency warns on its website that the individuals who echo such political sentiments sometimes refer to themselves as "sovereign citizens" – also known as "constitutionalists" or "freemen."

Here's what qualifies as suspicious "sovereign-citizen" behavior, according to the FBI:

Republicans, DON'T Rev Your Engines: The "Great Auto Bailout" was seven years ago, but an unresolved federal lawsuit still remains today. Because, after all that time, a disparaging pattern emerged. And it seems the government was targeting certain car dealerships and willing them into bankruptcy…

What's new. It is the way a healthy society works. If you see something, say something!

Yes–If you think they are communist-pick them up and hold them for weeks until they admit it. Don't be stupid we can't have our teachers policing thier students.