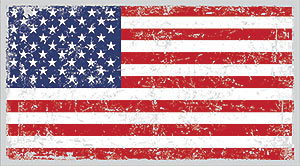 While you were having Sunday Brunch, WikiLeaks released the largest financial leak on world leaders. The leak highlighted a deep, dark descent into the bank accounts of 140 politicians from more than 50 countries, including 72 current or former heads of state.

And that's just the start of Monday… Here's today's top stock market news, stocks to watch, ways to profit, and the economic calendar for April 4, 2016.

Here's a breakdown of why the Dow is on the rise this morning.

This Penny Stock Will Double Your Money – and Save a Dying U.S. Industry: It's not easy to find a truly compelling penny stock, which is why this one is such a remarkable find. Not only is this green energy stock capable of a gain of 100% or more, it's just now rolling out technology with the potential to rescue the struggling coal industry. But this 21st century success story has only just begun, making now the perfect time to buy this stock. Read More…