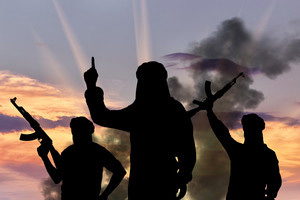 Terrorist groups often seem like unorganized machines of chaos. But how ISIS makes money is pretty remarkable -- it may be one of the most organized, widespread networks in modern history.

In fact, there are a lot of ways in which the group operates just like a business. It even has accountants who track expenses and profit.

But, unsurprisingly, many of the ways ISIS makes money are nefarious -- the group has no problem doing whatever it takes to bring in cash.

And that approach has worked...

Here are the five biggest revenue sources for the terrorist group...

U.S. Treasury Department officials believe that the terrorist organization now makes up to $500 million a year selling oil on the black market.

ISIS owns most of the oil fields in Syria, and it transports the oil through tankers to have it sold locally. Even though the Syrian government is ISIS' sworn enemy, that still hasn't stopped the terror group from selling directly to Syrian dictator Bashar Assad's regime, according to CNBC.

The group also smuggles oil over the nearby borders of Iraq and Turkey.

One stymie on ISIS' oil profits has been U.S. interference. Since 2014, U.S. and coalition planes have bombed the group's oil refineries.

Because of the lost profits, ISIS has reduced worker pay to save money -- creating some amount of internal conflict. According to the Congressional Research Service, ISIS soldiers used to earn between $400 and $1,200 a month. Now, some workers are reportedly earning $200.

The second key way ISIS earns money may appear legitimate -- as legitimate as a terrorist organization can be, at least -- but it's actually flat-out extortion...

According to CNN, if you want to get anything done (or survive) in an ISIS-controlled area, you have to pay a fee to the terror group. The terrorist group uses Zakat, a pillar of Islam, to justify its actions...

For instance, ISIS forces companies providing telecommunication services that have relay towers in controlled zones to pay taxes if they want to operate. If you don't pay, you are either abducted or murdered, according to Forbes.

Many businesses have to pay a tax to ISIS for electricity and "security." If you want to drive your car on a roadway controlled by the group, you need to have cash at checkpoints.

Mind you, adults aren't the only ones who owe money. Schoolchildren have to pay $22 to attend school, older children pay $43, and university students shell out $65 per month, according to CNN.

Terrorism researchers Jean-Charles Brisard and Damien Martinez estimate that ISIS may have earned as much as $800 million from taxes and fees in 2015.

And in a leaked document obtained by NPR, it was revealed that the majority of ISIS' revenue actually comes from taxes and confiscations.

Which brings us to the second part of that equation: confiscations...

In a province called Deir ez-Zor, NPR discovered that ISIS earned 75% of its revenue through taxes and confiscations.

Keep in mind that these confiscations were just from one province.

When ISIS takes control of a new territory, it also confiscates the cash and gold from banks in the area.

Although this doesn't provide a renewable source of revenue, it does add up...

The U.S. Treasury believes the terrorist group plundered up to $1 billion from various banks in 2014.

However, ISIS won't steal money from every bank. That's because it wants innocent people to have money to withdraw so the group can tax them.

The group's fourth revenue source is a headache for U.S. officials because it's nearly impossible to stop...

Exact numbers aren't known by the public at large, but ISIS receives a large amount of funding from wealthy individuals from the sovereign country of Qatar. Unlike neighboring countries Saudi Arabia and the United Arab Emirates, Qatar's government doesn't strictly enforce laws over the flow of currency.

Former NATO Supreme Commander James Stavridis says the cash from private donors is even more significant now than ever before.

"These rich Arabs are like what 'angel investors' are to tech startups, except they are interested in starting up groups who want to stir up hatred," said Stavridis. "The individuals act as high rollers early, providing seed money."

According to SecruityIntelligence.com, ISIS actually hires fundraisers to seek out financing from wealthy individuals. These fundraisers will also use social media sites like Twitter Inc. (NYSE: TWTR) and Facebook Inc. (Nasdaq: FB) to seek donations.

For instance, here's a troubling example...

In 2015, 17-year-old Ali Shukri Amin from Alexandria, Virginia, was sentenced to 11 years in prison for helping another teenager travel to Syria to join ISIS. He also used Twitter and other social media sites to solicit donations for ISIS.

The teen admitted to using his Twitter account to instruct people on how to donate Bitcoin to fund the Islamic State, according to The Washington Times.

Finally, probably the most nefarious way ISIS makes money is via ransoms and human trafficking...

How ISIS Makes Money, Source No. 5: Ransoms and Human Trafficking

The United States and Britain have policies refusing to pay for the release of their citizens. However, several European governments and wealthy individuals have paid millions in ransoms, according to NBC News. 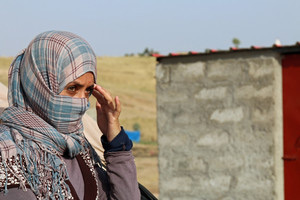 On condition of anonymity, an official told NBC News he/she believed European governments and wealthy individuals paid a total of $25 million to have citizens released from 2012 to 2014. And that's just a low estimate...

David Cohen, Under Secretary for Terrorism and Financial Intelligence at the U.S. Department of the Treasury, stated that ISIS earned $20 million in total ransom payments in 2014.

As far as human trafficking goes, U.S. intelligence officials believed in 2014 the gruesome practice was one of the ways ISIS was earning more than $3 million a day. In a graphic account from The New York Times, over 5,000 Yazidi women and girls were abducted by ISIS in 2014. Heartbreakingly, the women and girls are also used to attract potential recruits for the terrorist organization.