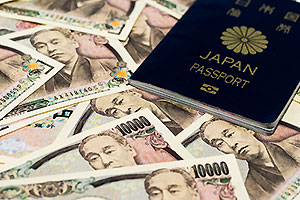 Dow Jones Industrial Average News, 4/22/2016: The markets continue a busy week of earnings reports, as lowered expectations have made it possible for the Dow to defy gravity.

Consensus expectations have called for S&P 500 companies to report an average 7.2% decline in profits…

That means that stocks just don't have to be as terrible as one of the worst expectations for the markets since 2009. As our Global Credit Strategist Michael Lewitt explains, we're in the middle of a Bear Market rally. And here's what you need to do to prepare for what happens when it ends.

Dow Jones futures projected a seven-point decline on Friday as traders eyed another big day of quarterly earnings reports and a new round of data.

This Penny Stock Will Double Your Money – And Save A Dying U.S. Industry: It's not easy to find a truly compelling penny stock, which is why this one is such a remarkable find. Not only is this green energy stock capable of a gain of 100% or more, it's just now rolling out technology with the potential to rescue the struggling coal industry. But this 21st century success story has only just begun, making now the perfect time to buy this stock… Read More…