The broader markets were volatile last week, climbing on Monday and then falling the rest of the week. And investors can expect that volatility to continue this week.

That's why we're bringing you the two best stocks to buy today. These stocks can both bring investors profits during any market condition. And they can protect your investing capital during down markets, too.

But before we get to the best stocks to buy today, here's why we expect more market volatility…

The U.S. Federal Reserve has been a key driver of stock prices in 2016 thanks to its continued dovish stance on interest rates. Fed minutes from the April FOMC meeting will be released next week on Wednesday, May 18. 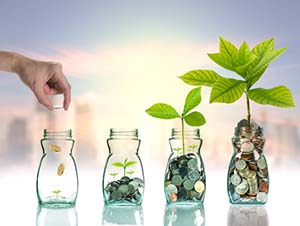 Plus, close attention will be paid to earnings again this week.

With nearly 90% of S&P 500 companies having reported, the earnings focus turns to retailers. Before then, we get reports from some key retailers, and results are expected to be uninspiring.

Monday, Gap Stores Inc. (NYSE: GPS) warned Q1 revenue and profits would fall short of Wall Street's expectations. The specialty chain also issued a dreary forecast for the period that reflected the slower traffic it saw in its stores. GPS shares are off 22.63% year to date.

"That puts us right in the middle of an 'earnings recession' – and it puts a damper on stock price expectations in general," Money Morning Technical Trading Specialist D.R. Barton said.

In flat and down market conditions like we're now experiencing, Barton said it's wise to hold positions that "keep moving against the tide."

The Best Stocks to Buy Today for 2016 Gains

Just two days into this week, Lockheed announced a handful of additional contracts.

Barton said he's not surprised that LMT stock has outperformed this year and is poised for more gains.

"In markets like this with no direction, defense stocks are a sector of choice among money managers," he said.

Lockheed Martin is a direct beneficiary of the massive budget approved by the U.S. government in December that boosted spending by $66 billion in 2016, while cutting taxes by $650 billion over the next decade.

"If you don't own these shares, consider grabbing some right now," Barton said.

Barton said it is important to note that this San Francisco-based firm has surpassed analysts' expectations in three of the last four quarters, with an average beat of 12.1%.