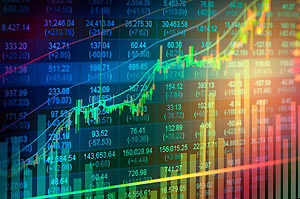 Dow Jones Industrial Average News, 6/15/16 – In one of the most anti-climatic days for the markets in months, the U.S. Federal Reserve announced it would not hike interest rates in June.

The markets closed only slightly lower, despite ongoing concerns about geopolitical upheaval in Europe. While everyone was turning to Fed Chair Janet Yellen's statement after the conclusion the FOMC conference, a number of important stories slipped under the radar.

The Dow Jones Industrial Average was up roughly 60 points in the final minutes of trading, but slumped quickly into the red at the close of the trading session. A swift, brutal sell-off sent energy and healthcare stocks into the red, while financials barely clung to small gains.

The Fed held off on raising interest rates this month as markets and the U.S. economy anticipate the worst from the upcoming vote by citizens in the United Kingdom on whether to start the process of a "Brexit." According to a statement released by the Fed Open Market Committee, fewer members of the central bank now anticipate more than one interest rate hike in 2016. Eleven of the 17 members are still calling for more hikes, but the decrease by five members shows the diminishing expectations by members of the central bank on the global economy and the resilience of the markets at home.

But what investors are missing about today's statement is completely obvious. Money Morning Global Credit Strategist Michael Lewitt explains that Janet Yellen's insistence on rate hikes in the future is going to have serious consequences for the economy and the markets.